Telus has been named the ‘fastest mobile network’ in Canada by Seattle-based Ookla, yet again. This marks the fifth year in a row and the eighth consecutive time the wireless carrier has won this accolade. 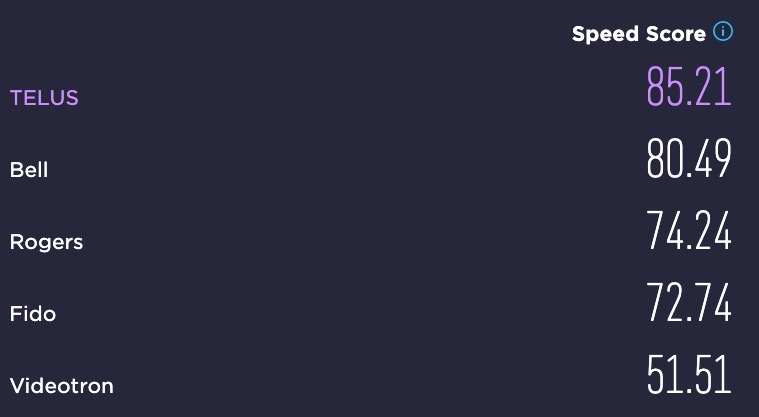 “More than ever, Canadians value a fast, reliable connection, and the consistent recognition from independent, third-party organizations, such as U.S.-based Ookla, reinforces the superiority of TELUS’ world-leading mobile network,” said Darren Entwistle, President and CEO, TELUS, in an issued statement.

The speed scores are based on tests taken by iOS and Android users via the Speetest mobile app, with 176,586 tests taken on Telus. Median download speed was at 76 Mbps and upload at 8 Mbps, with 26 ms latency. The most popular device was the iPhone XR (surprisingly), followed by the iPhone 12 Pro Max, iPhone 11, iPhone 12 Pro and iPhone 8.

Telus saw the latest download speeds in Ontario and Manitoba, while its median speeds year over year continue to see an upward trajectory. Telus median upload speeds were slower than Videotron, Fido and Rogers, while its latency score was edged out by Fido (25 ms).