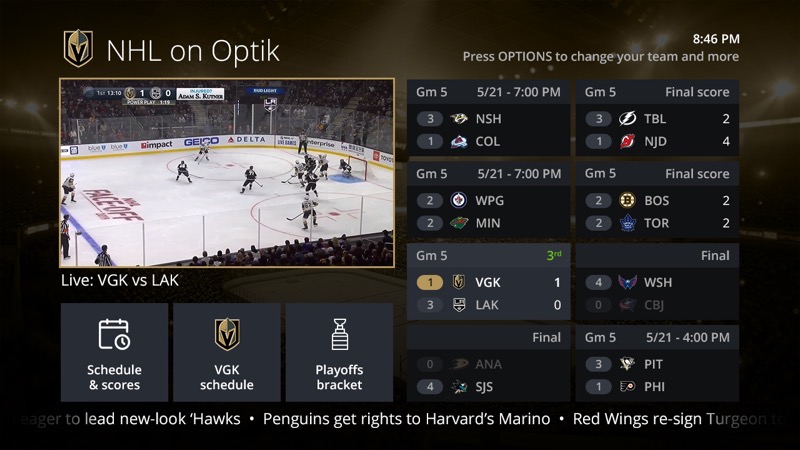 The new NHL on Optik app arrives in time for the playoffs, according to Telus, which says it will allow fans to follow their teams throughout the NHL postseason.

The app provides “live standings, scores, schedules, and games all available in one convenient location,” explained Telus in an email to iPhone in Canada.

To access NHL on Optik, customers can just press the “apps/interactive” button on their Optik TV remote or change to channel 910. The app is also accessible from the Home Screen of Optik TV.

“The home viewing experience is more important than ever as the living room becomes hockey fans’ personal stadium. The NHL Playoffs app is a quick, easy way to stay up to date with NHL scores and stats throughout the playoffs. Another reason why TELUS Optik provides the best choices for hockey lovers,” added Telus in a statement.