A new iPhone 4 on a three year term is $0, so to get a refurbished iPhone 5 for the same price is a decent deal if you’re into contracts and don’t mind having a refurbished phone. 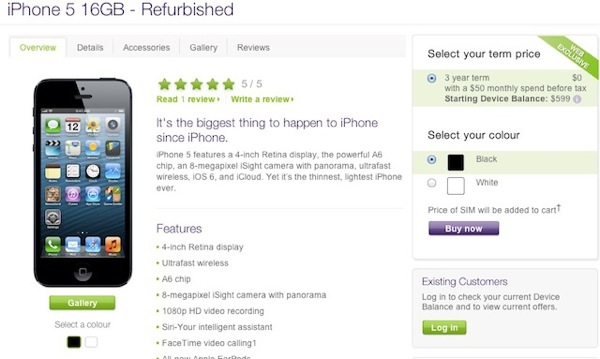