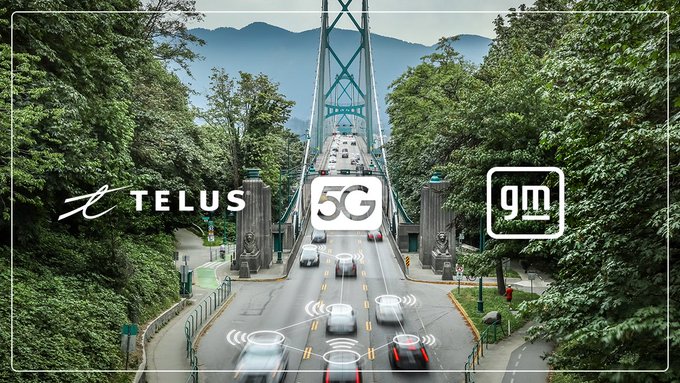 GM’s next-generation vehicles will use the Telus 5G network and is the first time the automaker has chosen a domestic telecom for connectivity for Canadian customers.

“As we move to 5G, GM will introduce a range of new convenience and entertainment features as well as new driver-assistance technologies on our journey to zero crashes and zero congestion. Working with TELUS, we can develop and foster much of that innovation right here in Canada,” said Scott Bell, president and managing director of GM Canada, in an issued statement.

The partnership will help meet the “needs of an all-electric and autonomous vehicle future”, say both companies. Network enhancements mentioned including the following:

The first cars from GM to use the Telus 5G network will debut in 2025. GM says existing 4G LTE-equipped car from 2019 and newer will be moving over to the Telus network. This means current Chevrolet, Buick, GMC, and Cadillac owners in Canada will be using the Telus network.

“Today’s announcement supports the longstanding relationship our TELUS and GM teams have fostered over the course of nearly 20 years,” said Darren Entwistle, President and CEO of TELUS, in a statement. Entwistle specifically thanked “Dave Sharma and our TELUS Business Solutions teams” for the milestone agreement.

Darren Entwistle, President and CEO of Telus, wants Ottawa to relax foreign-ownership rules for large telecommunications companies — reports The Globe and Mail. Entwistle has asked the same of the federal government in the past, but he is now renewing his argument as the Canadian telecom scene goes through a new wave of consolidation with...
Nehal Malik
7 days ago