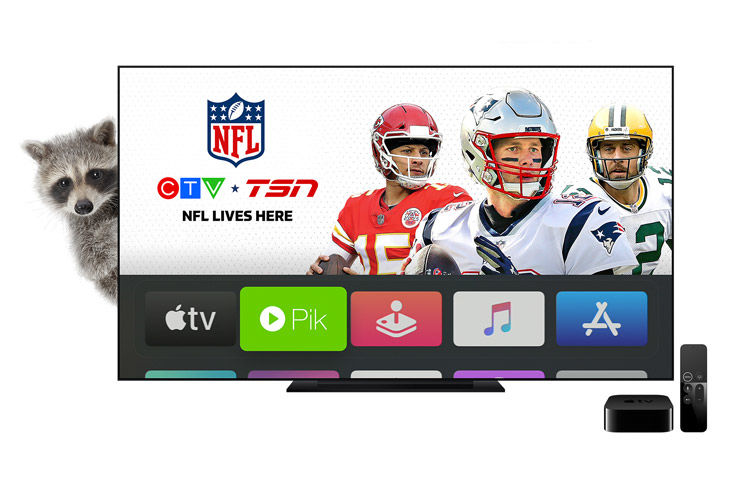 Pik TV will now be charged at $20 per month off contract, double its price before of $10 per month. Telus started notifying customers earlier this week of the price change.

The Pik TV service lets users pick channels and watch live and on-demand TV from almost any screen or device, including Apple TV, iOS, Android, the web and more.

The Telus website says, “regular price is currently $20/month and is subject to change without notice.”

In order to get the previous $10 per month pricing for Pik TV, it’s available to Pik TV customers signing a 24-month contract with a Telus Internet 2-year plan. For month 25, the price then jumps up to $20 per month.

A current promo offers Pik TV and an Apple TV 4K for $20 per month, with a Telus Internet 2-year plan.

If you are looking for channels from Corus such as Global, Food Network Canada, HGTV Canada, W Network, History, Adult Swim, Slice, Showcase, National Geographic, Teletoon, Treehouse and YTV, you can find it through the StackTV package for $12.99 per month, available via Amazon’s Prime Video Channels (which is available on iOS, Android, Apple TV, smart TVs and more).