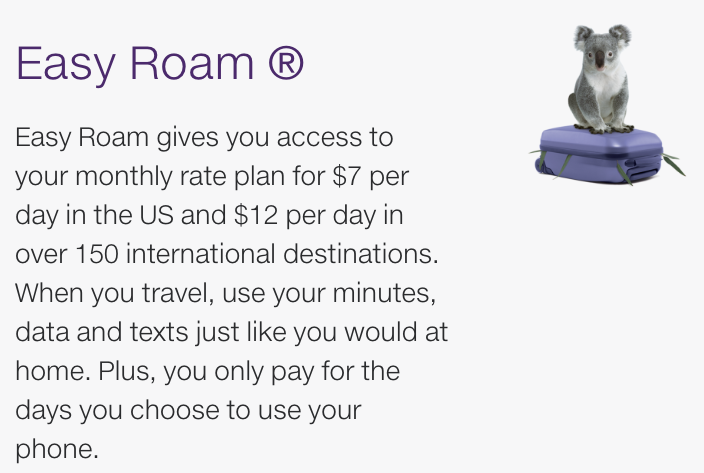 Another price increase is coming from Canada’s wireless carriers, with the latest from Telus.

The company is set to increase the price of its U.S. Easy Roam feature, while also overhauling its vacation disconnect feature, known as ‘VAD’, according to internal documents, reports MobileSyrup.

The U.S. Easy Roam feature allows Telus customers to use their existing plan while roaming down south, which currently costs $7 per day. This is jumping to $8 per day, or a 14% increase, with a change slated soon. U.S. Easy Roam has a monthly cap at $120. No word whether this increasing as well, but given the price increase it most likely will.

International Easy Roam remains at $12 per day and maximum $180 per month.

Only Rogers and Fido remain at $7 per day for their U.S. roaming option, but you can bet that’s going to increase soon, to match its fellow rivals.

If you’re heading to the U.S., you’re better off buying a local SIM card if you’re staying for longer than one or two days. Or, for those with an iPhone XS, XS Max or XR, take advantage of your eSIM and use a service such as GigSky to subscribe to a data-only plan right from your phone (use code GNGM100 for $5 free credit).

Vacation Disconnect Will Be Eliminated for Contract Customers

The Telus vacation disconnect (VAD) allows a customer to suspend their service by paying a lower price than their monthly plan. This feature is popular students travelling and ‘snowbirds’ heading south for the winter, at months at a time.

The Telus website currently details those on contract using the vacation suspension feature can use it for up to six months, at the cost of $30 per month. Your contract is just extended the number of months you are using vacation hold. The new policy means those on contract cannot use the feature altogether, while other users face the new higher $30 per month fee.

These price increases are coming head of summer vacations, which are likely times when customers will either suspend their service or roam down in the U.S.