With Apple expected to announce two new iPhone models plus a wearable device at their upcoming September 9 media event, anticipation for what will actually be unveiled is at an all-time high.

TELUS has jumped on the ‘iPhone 6’ rumours bandwagon by promoting Apple’s next smartphone but without actually mentioning the device by name, directing people to http://telus.com/rumors via a sponsored post seen on Facebook. 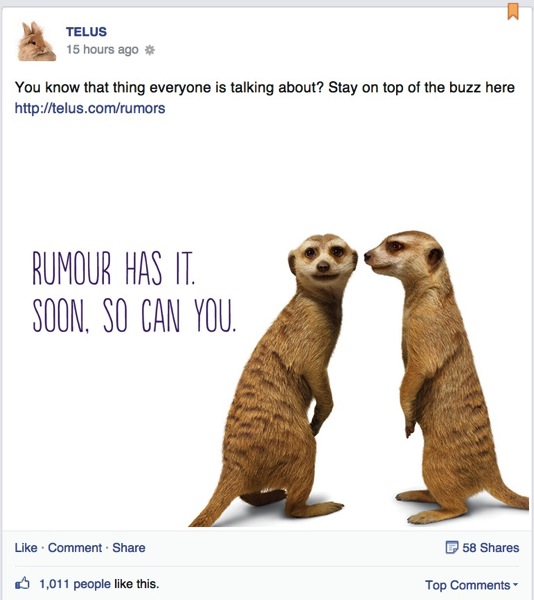 The company’s Facebook page has been promoting a new website section dedicated to iPhone rumours, which shows a Twitter feed to sites like MacRumors, Gizmodo and iLounge, while also linking to stories from BGR, Mashable and Engadget.

The page says “Have your heard?” and then goes on to say “People are talking about a new phone. We’ve been hearing some interesting [rumours] and thought we’d keep you in the loop.” 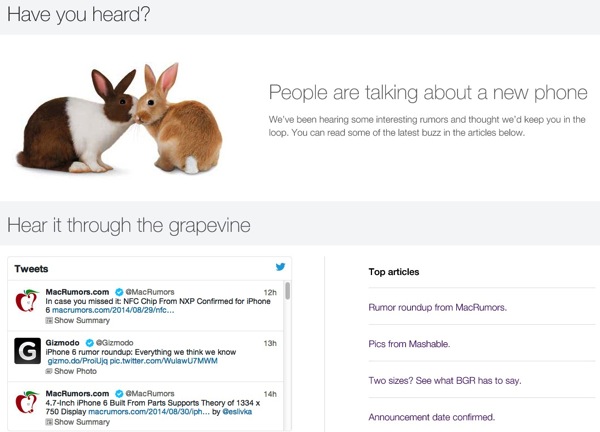 The landing page also highlights the option to purchase AppleCare+ and also the TELUS T-UP program for device protection and yearly upgrades.

Apple is expected to announce its new iPhone 6 models on September 9, with screen sizes of 4.7 and 5.5 inches, along with a wearable device, which is rumoured to become available in early 2015, which the company apparently has mulled a $400 price tag.