Looking to try out the iPhone 5 but on a slight discount? Here’s your chance as TELUS now offers refurbished iPhone 5 units for $0 on a three year term (with minimum $50/month spend), or $599 for the fully unsubsidized locked version. Both black and white models are available as part of this web-only exclusive. 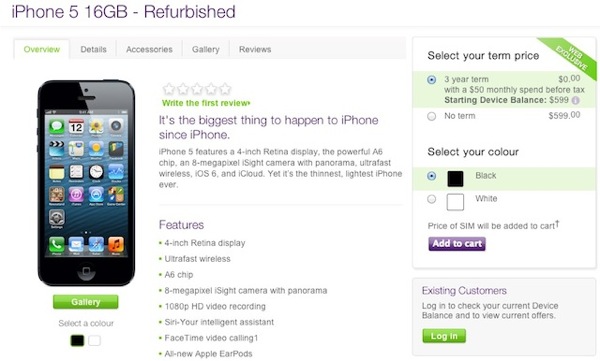 Another option would be to buy the refurbished unit at full price, then pay TELUS $35 to unlock this phone once you’re 90 days in. Then, you’ll have yourself an unlocked iPhone 5 (it’s refurbished though) for $634 versus the $699 cost from Apple, a savings of $65.