New subscribers looking to sign up with Telus are set to pay more for a SIM card, as the company has noted in an internal document (via MobileSyrup) the price is set to increase from $15 to $20, a 33% price hike, starting October 17th. 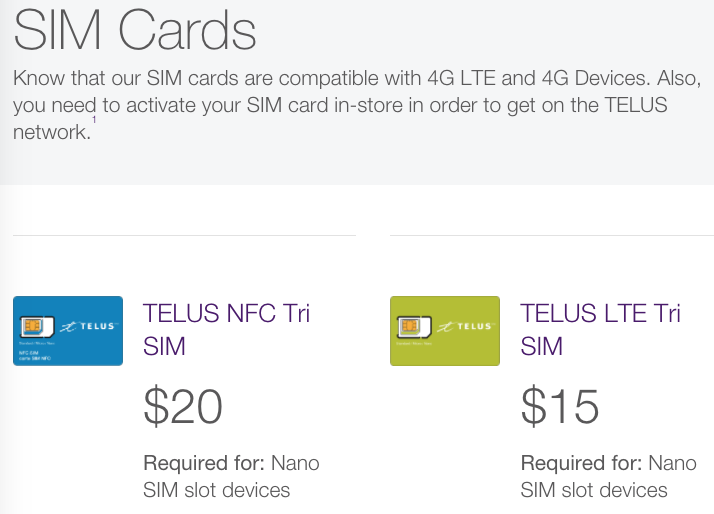 Back in August, Telus doubled the price of SIM cards for their prepaid wireless brand, Public Mobile, with prices jumping from $5 to $10, matching the cost of a SIM from their flanker brand, Koodo Mobile.

Telus reiterates they will not charge a ‘connection fee’ like rivals Rogers and Bell, which impose $25 for customers to activate a new smartphone (Rogers adds a $10 SIM cost on top).

With the CRTC set to impose free cellphone unlocking and a ban on the sale of locked cellphones in Canada starting December 1, some would see this extra cost as one way to possibly make up for lost revenue.

Rogers and Telus have started to unlock phones free of charge for some customers, while all iPhones sold at Best Buy already come unlocked.