Internet performance analytics company Ookla, which runs the Speedtest.net website, has released results of its annual speedtest report in Canada.

According to the report, of which the results can be read on Ookla’s website, Vancouver-based national carrier TELUS has the fastest mobile network in Canada — if only by a very small margin — with a Speed Score of 57.99 Mbps across the country. 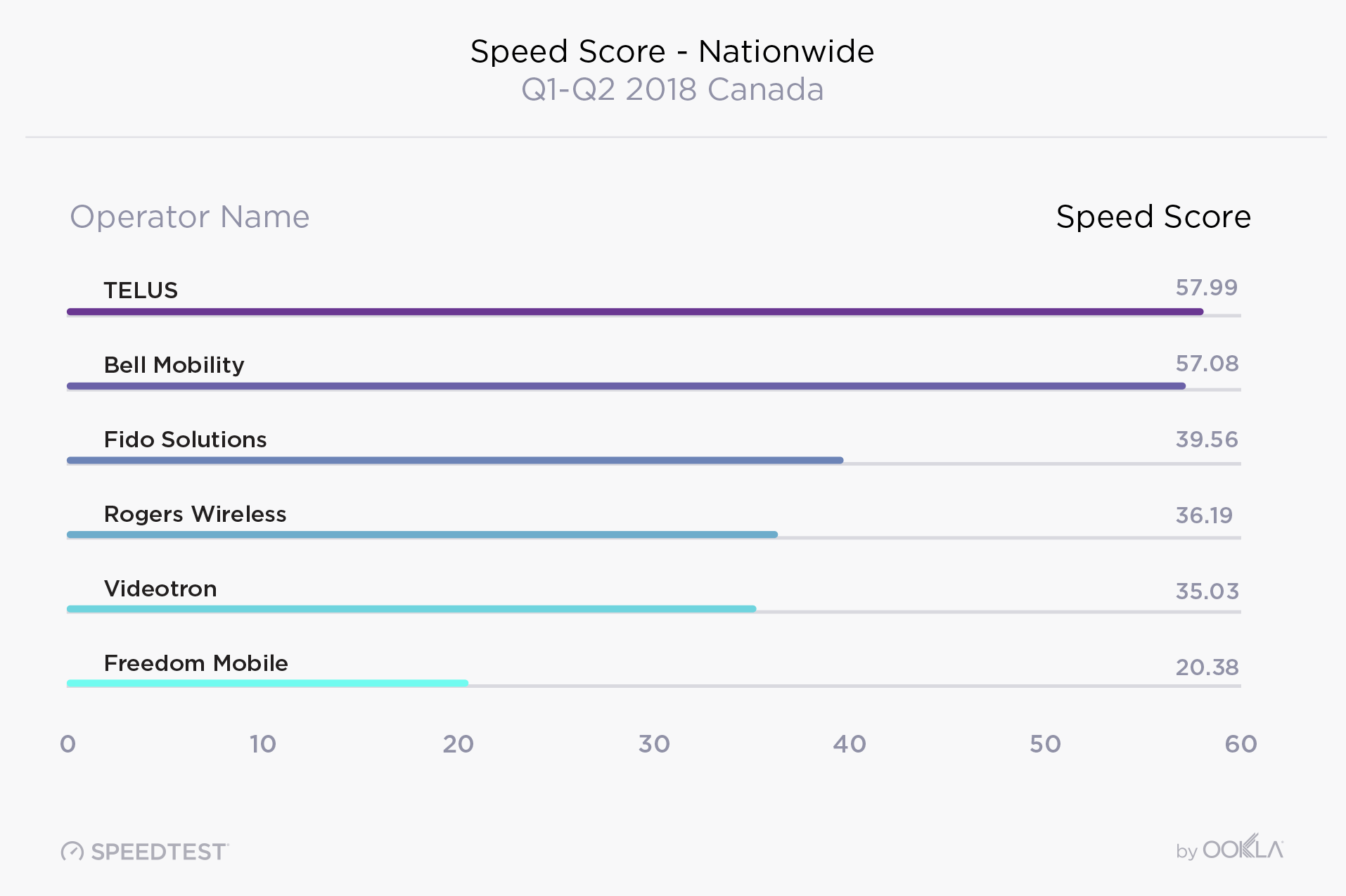 It’s important to keep in mind that Ookla determines its speed score by factoring in a carrier’s download and upload speeds from the 10th, 50th and 90th percentiles, then using a combined score for a weighted average using a 1:2:1 ratio.

TELUS, along with Bell, was able to snag the top ten spots for the fastest mobile internet download and upload speeds in Canada’s 10 most populated cities. Note that TELUS took the top five spots. 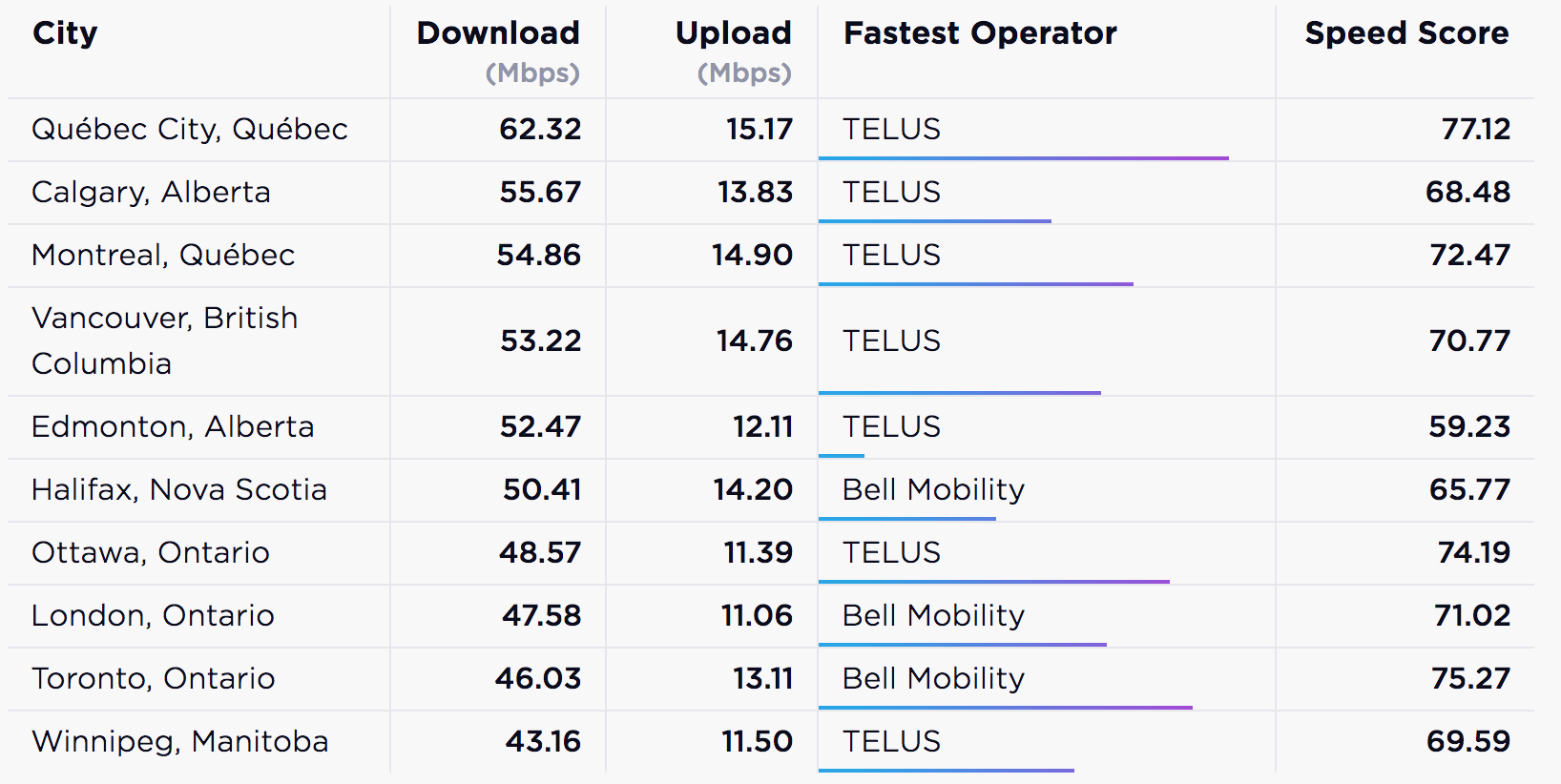 “Canadian mobile customers enjoyed some of the fastest average download speeds in the world during Q1-Q2 2018,” reads an excerpt from Ookla’s report.

“Telus and Bell Mobility led the way with chart-topping speeds at the national level and in Canada’s ten largest cities; they also showed a geographic spread of Speedtest results.”

Earlier this week, PCMag in their annual test of Canadian wireless carriers, crowned Telus as having the fastest wireless network for the second year in a row.