Last April, Telus first launched VoLTE (voice over LTE) in the Lower Mainland of BC, and later in Alberta. But now it appears the feature has expanded beyond western Canada, as some users are seeing VoLTE available in Montreal, Quebec.

iPhone in Canada reader @Tronny says his iPhone on Telus now has settings to enable VoLTE, which allows for calls over LTE, thusly improved wideband audio call quality, and the ability to use simultaneous voice and data over the faster network.

As you can see from the screenshot below, the option to use Voice & Data under Enable LTE is available for Telus: 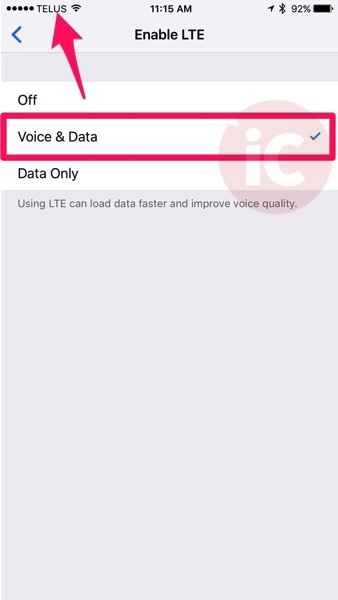 You can check VoLTE availability on your iPhone 6 or newer by going to:

With the release of iOS 10.2, Telus launched Wi-Fi Calling, and also noted VoLTE and VoWiFi was coming soon. Now it appears VoLTE has expanded beyond BC and Alberta, and the LG 4 & Samsung GS 6.

Let us know if you’re on TELUS and seeing the option to enable Voice & Data under Enable LTE on your iPhone.