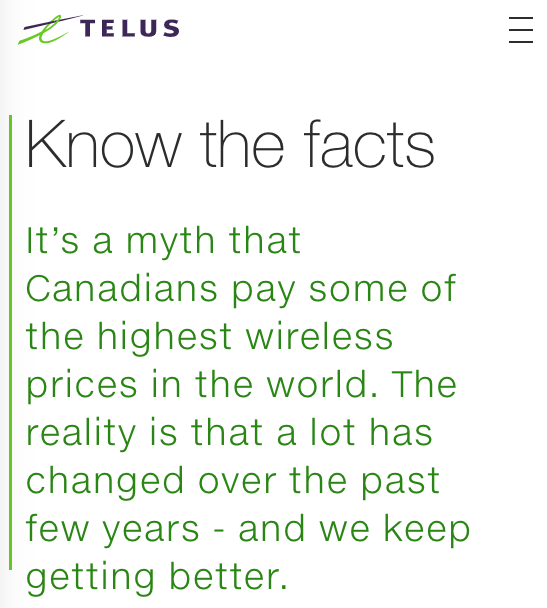 According to the Ad Standards decision, a full-page ad in Quebec claimed “Canadians spend less on wireless than Americans,” with a follow up in smaller font claiming, “It’s a myth that Canadians pay some of the highest wireless prices in the world. The average Canadian household spends just 1.6% of their disposable income on wireless versus 2.6% in the US. – PWC Canada.”

The ad did not sit well with some and a complaint was filed, alleging the ad was misleading, noting affordability was not the same as pricing. ”

“The complainant referred to a publicly available article showing that prices in Canada were either the highest or second-highest among the reviewed countries,” explains the Ad Standards case summary.

However, there was no support in the cited study for the claim that it is a myth Canadians pay some of the highest prices in the world for wireless. The study discussed affordability, rather than prices, and it only addressed 4 countries in total, rather than most, or all, countries in the world. Council determined that if Canadians are spending a smaller percentage of disposable income on wireless than Americans, it does not necessarily follow that the prices for wireless are lower in Canada than they are in the U.S. In Council’s view, the advertisement incorrectly conflated affordability and pricing, and in assessing the truthfulness and accuracy of the advertisement, this claim strongly impacted the general impression conveyed.

Citing the reasons above, the Ad Standards council unanimously decided the Telus ad “contained misleading claims in contravention of Clause 1(a) of the Code.”

Back in February, Telus started branding its plans (and those from Koodo and Public Mobile) with a “True North Affordability” stamp. 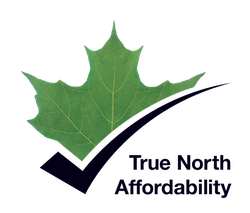 “We care about getting you great plans at great prices that are right for you. Our “True North Affordability” stamp means our plans line up with the stated-benchmark for wireless affordability,” referring to the Liberal Party pledge to cut cellphone bills by 25%.

The separate Telus website, ConnectingCanadaForGood.com, praises the company’s investments in the country. In a section titled “Know the facts”, Telus says, “It’s a myth that Canadians pay some of the highest wireless prices in the world. The reality is that a lot has changed over the past few years – and we keep getting better.”

Ad Standards said while they “requested a response from the advertiser, there was no response sent to the Council.”