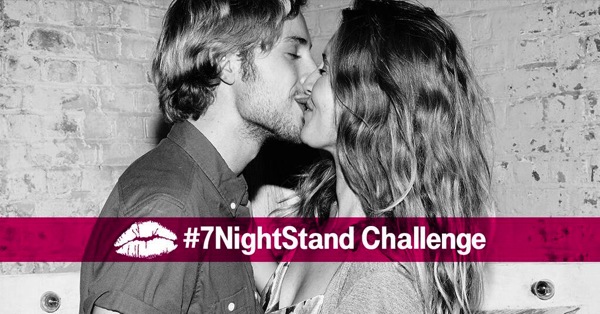 American wireless carrier T-Mobile tonight had its “Un-carrier 5.0” event in Seattle (it was moved there from L.A. to accommodate press in town for Amazon’s Fire Phone launch) and made some pretty cool announcements. One of them was something called “Test Drive”, which will allow potential customers to use an iPhone 5s with full service for a week—for free (credit card required of course).

We’re the best you’ll ever have. Don’t believe us? Let's have a #7NightStand! See details: http://t.co/ZtGPIDXuLI pic.twitter.com/Ef9eA3KXMW

CEO John Legere told Re/code the plan would allow existing users on rival networks to ‘cheat’ on their carrier:

“You (can) have a 7-night stand,” CEO John Legere said in an interview just head of the company’s “Un-carrier 5.0? event in Seattle. “You cheat on your carrier and it’s free.”

T-Mobile is working with Apple on the new promotion, and the latter is supplying the carrier with tens of thousands of iPhones. The carrier officially launched AWS iPhone 5 units last March; these AWS iPhone 5 models also work on WIND Mobile, Mobilicity and Videotron’s network.

The company’s expanding LTE network is expected to reach 250 million customers this year, with remaining areas to get the faster network in 2015. T-Mobile says in 16 markets there is “Wideband LTE”, which has at minimum 15MHz of spectrum devoted to LTE. This comes as good news for Canadians using Roam Mobility for their trips to the U.S. to save on roaming charges.

Legere has no problem taking jabs at their competition. When asked why rivals (Sprint, Verizon, AT&T) do not offer unlimited data plans, he replied with “A: They can’t. B: They are greedy bastards or, my favorite. C: Both. It is pretty clear to me what is happening.” Shots. Fired.

Legere: "High and mighty duopolists are raping you for every penny you have. The f@ckers hate you."

T-Mobile wasn’t finished with their announcements, as they also surprised the press with another set of big news: popular music streaming services such as iTunes Radio will not use data from customer data buckets.

Online radio and music services such as Pandora, Rhapsody, iHeartRadio, iTunes Radio, Slacker, and Spotify can be used by T-Mobile Simple Choice customers for free, without having any affect on their data usage.

“As a committed music freak, I’m personally outraged at the way the other guys are using the music you love to lure you into over-priced plans with sweet ‘promotional offers’ that quickly roll into higher prices or trigger those absurd overage charges,” said T-Mobile CEO and President John Legere. “Music should be free of all that. Music should have no limits. So, beginning right now, you can stream all you want at T-Mobile from all of the top music services – data charges do not apply.”

T-Mobile is trying pretty hard to win over customers and announcements like this will definitely do the job.

As for the situation in Canada, which wireless carrier do you think could be the “un-carrier” here? Maybe Videotron and their plans to possibly launch outside Quebec?