RootMetrics has released its first ever mobile network performance study in Quebec City, and the results show Videotron on top, followed by a three-way tie for second between Bell, TELUS and Rogers: 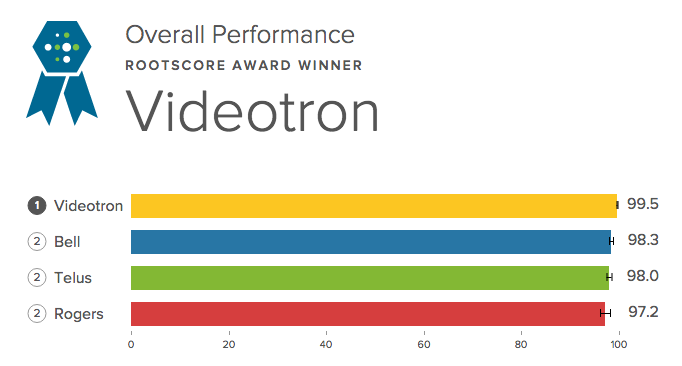 Julie Dey, RootMetrics vice president, said in a statement “The results from our first-ever rankings of mobile performance in Quebec City show that all four carriers offer a speedy and reliable mobile experience.”

In its Reliability Index, which is a combination of results from data, call and text tests, plus its Network Speed Index, Videotron took the top spot in network reliability, while it tied Rogers for first place in its Speed Index rankings.

The similar results are unsurprising, given Rogers and Videotron signed an agreement to build a shared LTE network for Quebec and the Ottawa region, back in 2013.