For Videotron readers following iPhone in Canada, you found out three weeks ago the Quebec wireless carrier launched Wi-Fi calling with its 31.1 carrier update.

This morning, Videotron officially announced the launch of Wi-Fi Calling, touting they are “the first Canadian carrier to enable its customers to place toll-free calls over Wi-Fi to a local number or to Canada in more than a hundred countries.” 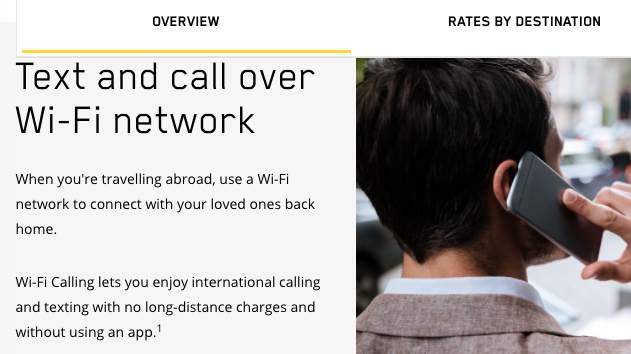 “We are confident that this new generation of mobile voice services will meet our customers’ needs and make their lives easier when they’re travelling and when they’re not,” said Bertrand Hébert, Vice President, Marketing of Videotron, in a press release.

Wi-Fi calling allows users to continue their voice calls and text messages in areas of low cell coverage, such as basements or tunnels.

For travelling Videotron customers, Wi-Fi calling will allow them to text and call numbers back in Canada while abroad in over 100 countries, or to local numbers, free of charge. Calls can be placed as usual, without the need for an app.

The company says since June 2016, on average, customers have “almost quintupled their data usage” outside of Canada, plus doubled the number of phone calls and text messages. For these reasons, Wi-Fi calling couldn’t come at a better time.

Wi-Fi Calling on Videotron is currently available for iPhone 7, iPhone 7 Plus, iPhone 8, iPhone 8 Plus, iPhone X, plus the Samsung S7 and S7 Edge. The carrier says “other devices” will be added “in the coming weeks.”

Have you been using Wi-Fi Calling on Videotron?