In keeping with the recent trend, Virgin Mobile has now rebranded its wireless network to 4G. Thus far, Telus, Bell, MTS, SaskTel, and now Virgin have rebranded themselves as 4G. Rogers/Fido have yet to join the pack.

For those that have not been keeping up, the reason the Canadian carriers have been rebranding themselves to “4G” recently is because International Telecommunications Union (ITU) standards have given carriers the authority to market their network a certain way.

In this case, the carriers can call themselves 4G, even if the speed isn’t technically 4G.

The International Telecommunications Union (ITU) just made some recent changes to what “4G network” means, and so it turns out that Virgin Mobile has been offering access to 4G power since we got on the HSPA+ network in February, 2010! 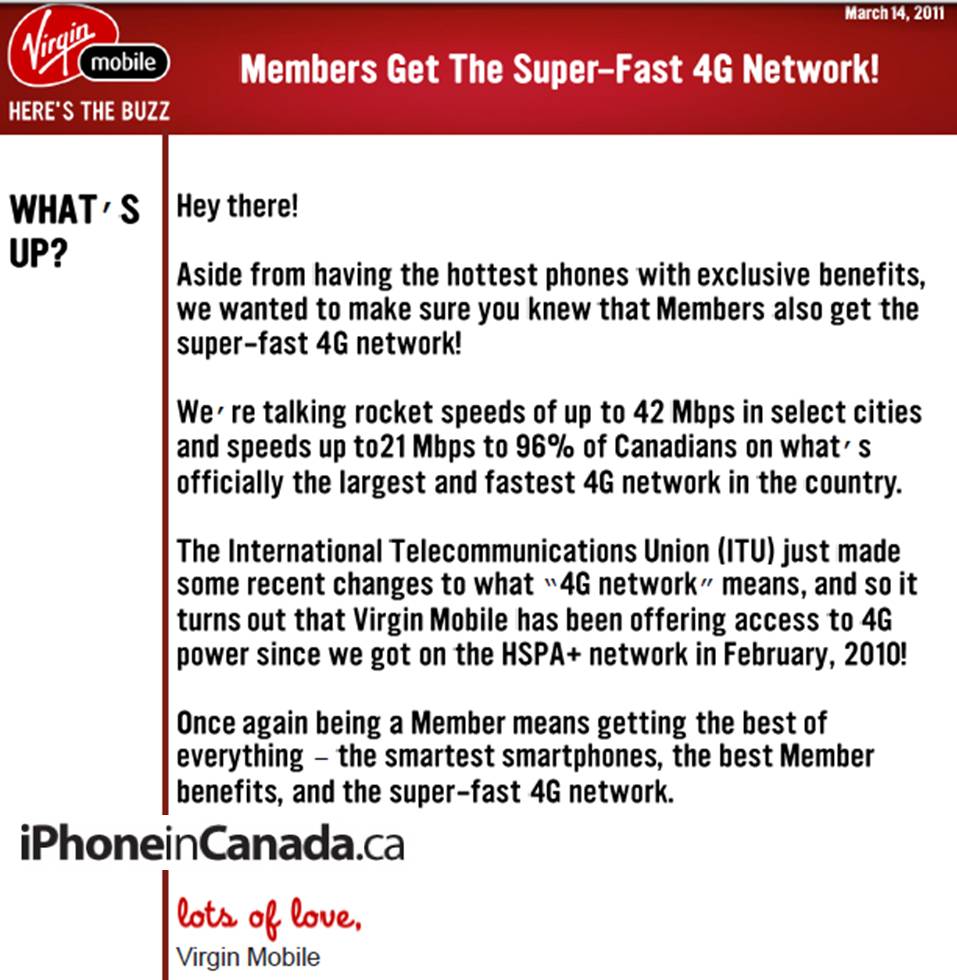 Here are the latest Canadian cellphone plan and device deals, plus other promos from wireless carriers such as Rogers, Telus and Bell, from our partner PlanHub. As always, the promos may change at the last minute, but here they are as of Wednesday, October 5, 2022. Check them out below… Bell Noticeable price changes: Get a […]
IIC Deals
4 hours ago