Sweden-based research firm, tefficient, has released their mobile data report for the full year of 2017, which reveals how Canadian wireless carriers stand out from the rest of the world.

The analysis shows Canada is one of the wireless markets with the lowest growth in data usage in 2017, alongside Greece, the U.S., Latvia, Hong Kong and Sweden, but for various reasons.

The chart below details gigabyte used per SIM card plan, along with total mobile service revenues per gigabyte, in Euros. Canada leads every nation for the most revenue gained per gigabyte, just ahead of Greece: 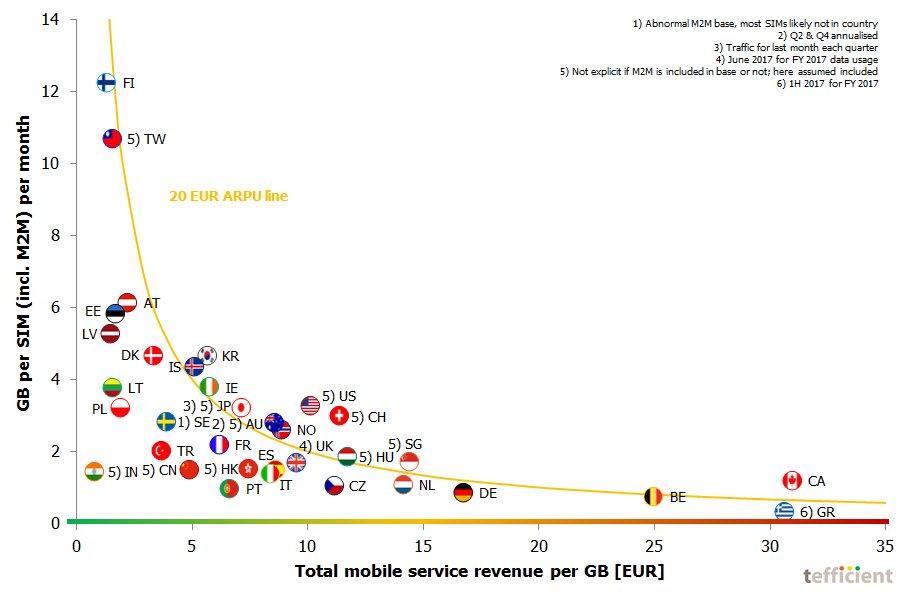 Another chart shows Canada is the lone outlier worldwide when it comes to the “highest ARPU [average revenue per user] yet lowest usage,” explains tefficient, meaning carriers enjoyed the highest revenues on the lowest data usage by customers: 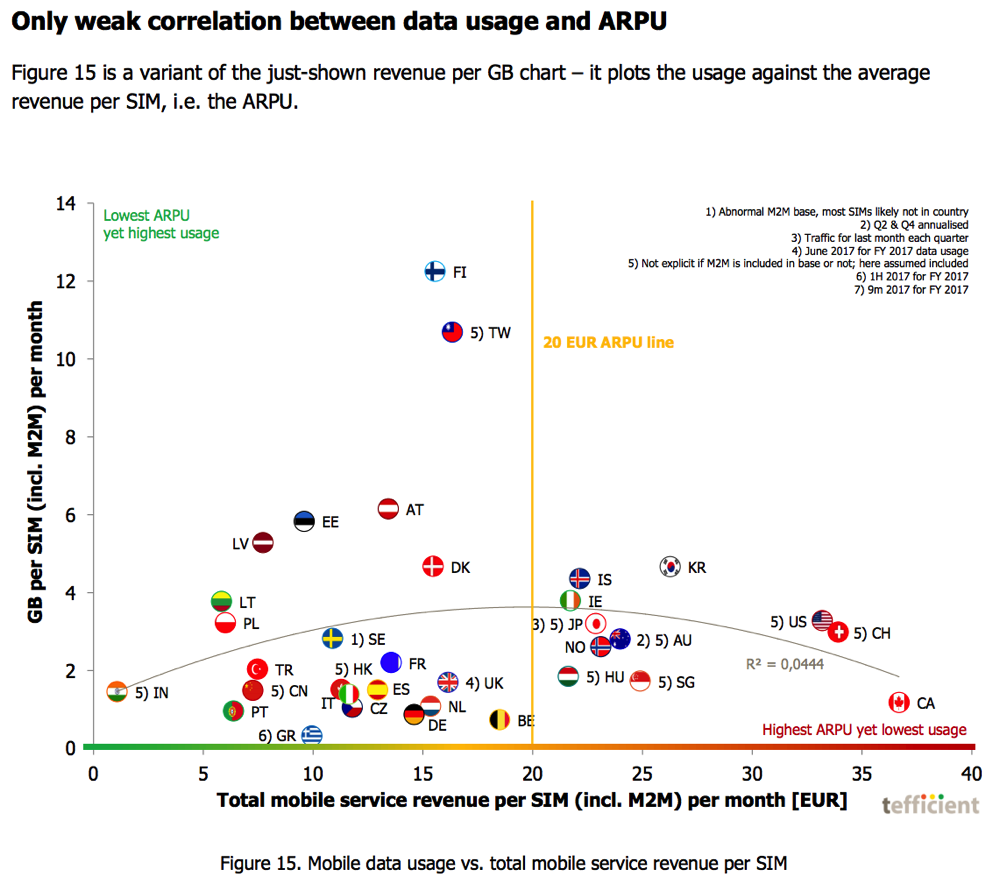 Other countries similar here are Switzerland and the USA, but Canada still tops the pack.

According to tefficient, “Canadian consumers should be particularly unsatisfied with that – given how few gigabyte they can consume for that ARPU,” referring to low data usage.

It is difficult to overstate how much the lack of wireless competitiveness is holding back the Canadian market. With the CRTC refusing to take act and carriers continuing to increase fees (particularly on overage fees that generate more than a billion in revenue per year), it falls to Innovation, Science and Economic Development Minister Navdeep Bains to recognize that longstanding failed Canadian wireless policies must change.

Recently, Bell increased their data overages for new plans to a whopping $102.40 per gigabyte, while Telus did the same but only after 1GB of overages.