Telus To Charge For Paper Billing In September 2010

Over the last year or so, the Canadian wireless carriers have been making the move to online or email billing in an attempt to reduce paper waste. Fido was one of the first carriers to offer online billing and customers that wanted a paper bill could receive the option for a $2.00/month cost. This was […]
Ex
12 years ago

This week, Telus became the first Canadian wireless carrier to discount the 8GB iPhone 3GS to $49.00 on a 3-year voice and data agreement. Purchased at a Telus Store As the iPhone 4 is in full swing and 16/32GB models of iPhone 3GS are removed from sale, the 8GB iPhone 3GS comes in at the […]
Ex
12 years ago

As the summer comes to a close and the back-to-school seasons arrives, the Canadian wireless carriers have started to release their Student Plans. This week, Telus has finalized their student plans with two offers, both iPhone compatible. Telus Student Plans This summer, students have, among the other Telus plans, two specific student plans available to […]
Ex
12 years ago 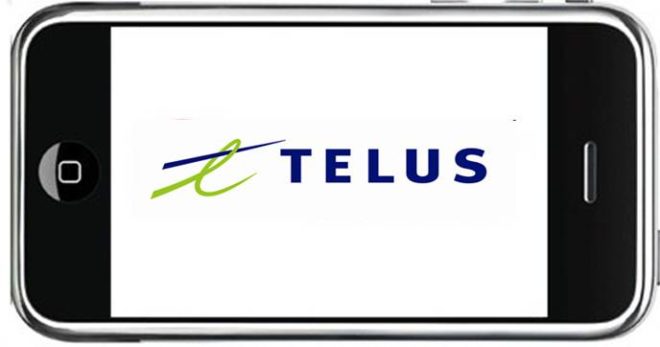 Even though Canada seems to get technology last, we are definitely ahead of the curve when it comes to North American wireless speeds. Back in September 2009, Rogers (and Fido) was the first North American wireless network to launch an HSPA+ 21Mpbs network. At that time, AT&T, the exclusive iPhone provider in the USA, was […]
Ex
12 years ago

The iPhone 4 launch was a huge success depending on how you acquired your iPhone. For those that purchased outright unlocked units from Apple Stores, your transaction was completed in a matter of minutes (including those that ordered online). I entered the Apple Store in Vancouver at 7:30am (after waiting in line all night) and […]
Gary Ng
12 years ago

To coincide with the iPhone 4 launch, and to match Rogers/Fido and Bell, Telus has also launched their own 6GB data plan. The Telus 6GB data plan is similar to the other carrier 6GB data offers in that it requires a 3-year agreement, however it is different by not being a standalone $30 feature like […]
Ex
12 years ago

The iPhone 4 launch is happening LIVE in Canada as we speak. Here in Vancouver, the line up is about 300 deep and Pacific Centre will open its doors at 6AM PST. Rogers released their iPhone 4 prices, then Bell, and now Telus. Here are the prices–which aren’t a big surprise: 3 year contract pricing: […]
Gary Ng
12 years ago

Today is a great today for Canadians as Apple has started to take Canadian orders for the iPhone 4 through the Apple Canada Online Store! In the USA, France, Germany, Japan, and United Kingdom, iPhone 4 pre-orders went live on June 15, 2010 for a launch date of June 24, 2010. At the time, it […]
Ex
12 years ago

iPhone 4 Launch in Canada FAQ: What Everybody Should Know!

*Last updated on July 31, 2010, 1:18AM* This Friday, July 30th, is the launch of the iPhone 4 in Canada. You’re excited–we know that. There has been a lot of chatter recently about pricing, Apple Store opening times, upgrades, etc. We’re going to try to consolidate all that information into the following FAQ. Ready? Here […]
Gary Ng
12 years ago

Bell was the first Canadian wireless carrier to publicly post that they would be carrying the iPhone 4 on July 30, 2010. Soon after, this was followed by Rogers and Fido, except that Rogers/Fido posted their announcements internally and not publicly, but that did not stop us from posting it. Now, Telus has caught up […]
Ex
12 years ago

We previously covered that the ‘Big 3’ in Canada confirmed they would be carrying the iPhone 4 in July. However, none of them have confirmed on their websites about today’s July 30th Canadian launch date–until now. Bell has updated their iPhone 4 page to include the words “Coming July 30th” in their iPhone 4 graphic. […]
Gary Ng
12 years ago