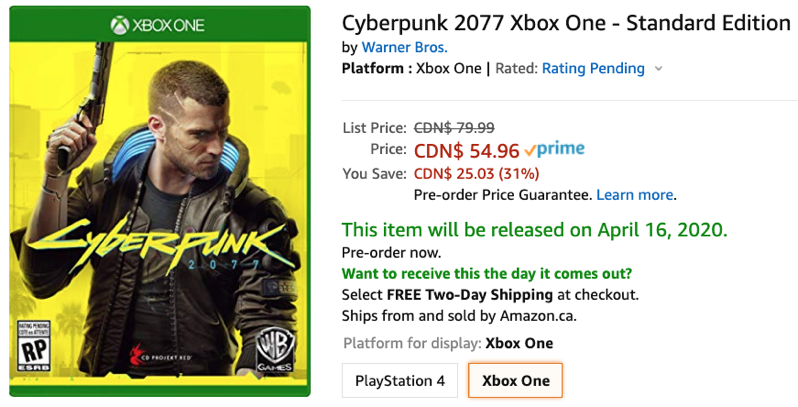 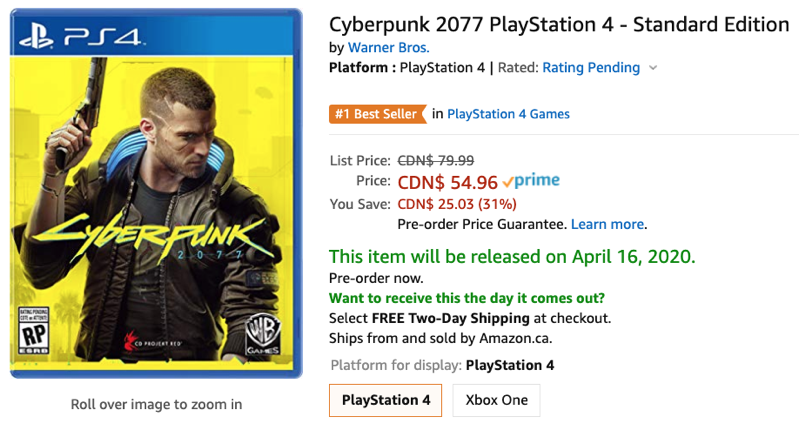 Cyberpunk 2077 will feature Canadian Keanu Reeves in the game, as announced at E3 2019.

If you don’t want to deal with pre-orders from Walmart or Best Buy, Amazon makes it easy with Prime shipping speeds. Cyberpunk 2077 isn’t set to release until April 16, 2020, but if you want to save some money, now is the time.

Sony’s PlayStation 5 supply looks to be coming back, as you can buy a PS5 Digital Edition right now that’s not part of a bundle on Amazon.ca right now for $519.99 with Prime shipping speeds, ships from and sold by Amazon.ca and not a third-party reseller. During the COVID-19 pandemic, PlayStation 5 stock was sold […]
IIC Deals
2 days ago

Here are the latest Canadian cellphone plan and device deals, plus other promos from wireless carriers such as Rogers, Telus and Bell, from our partner PlanHub. As always, the promos may change at the last minute, but here they are as of Wednesday, January 25, 2023. Check them out below…   Bell Noticeable price changes: TCL and […]
IIC Deals
3 days ago