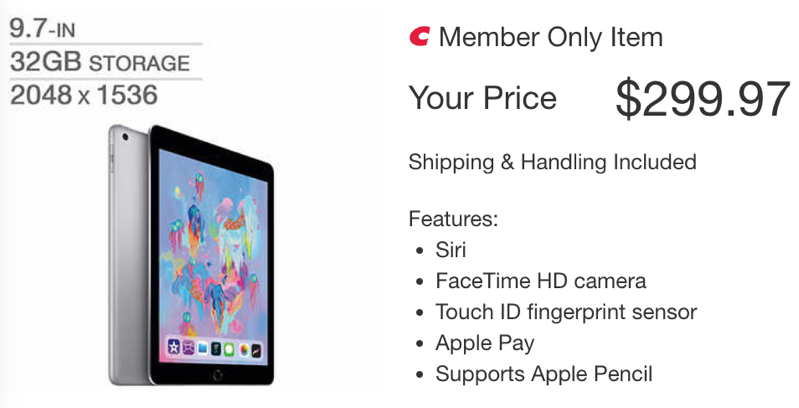 The previous clearance prices were $347.97 and $499.97 respectively, so these are definitely some of the lowest prices we’ve seen on the 2018 iPad.

Apple released a new iPad this year with a slightly larger 10.2-inch display and a Smart Connector, but they both run the same A10 chip and support Apple Pencil.

Buy from Costco and you’ll get 90 days to change your mind, versus two weeks at other retailers.

Let us know if you’ll be jumping on this iPad sale at Costco. You’ll need to sign in to see the price.