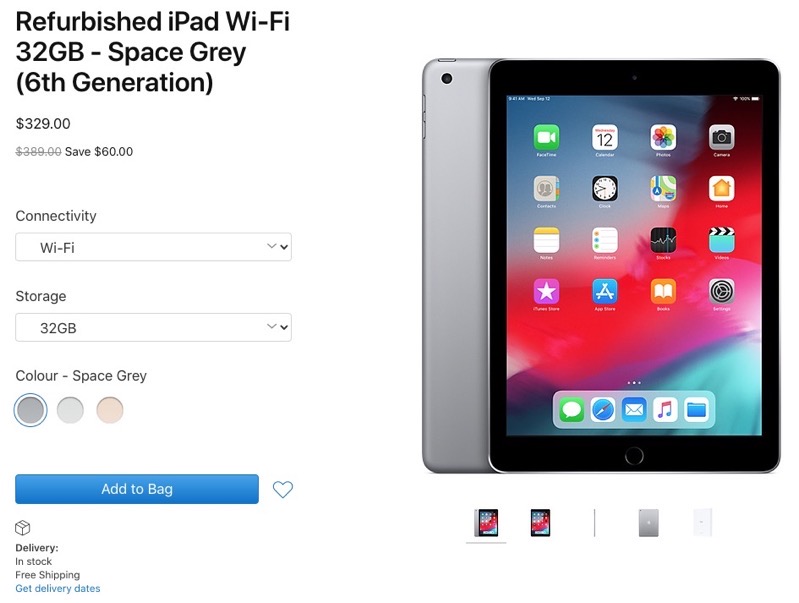 If you’re hunting for an iPad to use during the COVID-19 pandemic, check out Apple.ca as the refurbished sixth-generation iPad is back in stock starting at $329.

The newer iPad 7 ($429) was released in September 2019 and comes with a 10.2-inch display and a Smart Connector to support Apple’s Smart Keyboard, while also is powered by the A10 Fusion chip. If you don’t need the Smart Connector and slightly larger display, an iPad 6 for casual use will do the job.

Back in May, we saw refurbished iPad 5 models hit Apple.ca for $299, but an iPad 6 for $30 more appears to be a better deal as it supports Apple Pencil plus has an A10 Fusion chip (instead of A9).

These refurbished iPads come with a new battery and outer shell, along with Apple’s standard one-year warranty and return policy.

Refurbished iPad stock usually sells out quickly. By the time most of you read this, these puppies will be sold out already.

Click here to visit Apple Canada’s online refurbished store to jump on an iPad 6 for $329.