Apple Watch Series 7 on Sale for $100 Off Again 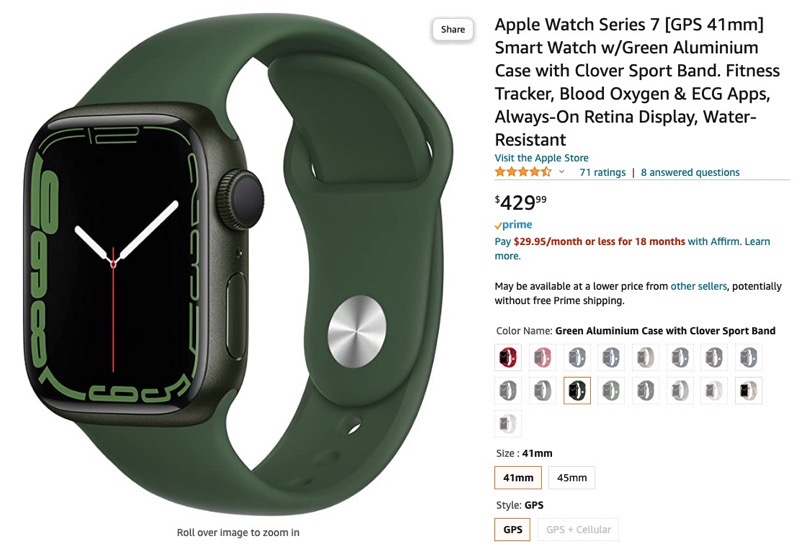 Apple Watch Series 7 is on sale again at various retailers including Amazon.ca, slashed by $100 off. Both 41mm and 45mm sizes are on sale right now—check out the prices below:

The discounts come after Apple Watch Series 8 debuted this year with essentially the same design and internal CPU, with new features mainly a temperature sensor for tracking ovulation for women, and car crash detection. Otherwise, you’re better off with a Series 7.

Other retailers holding this sale include The Source and Costco.ca as well.

Click here to jump on the Apple Watch Series 7 sales while they’re still available on Amazon.ca.