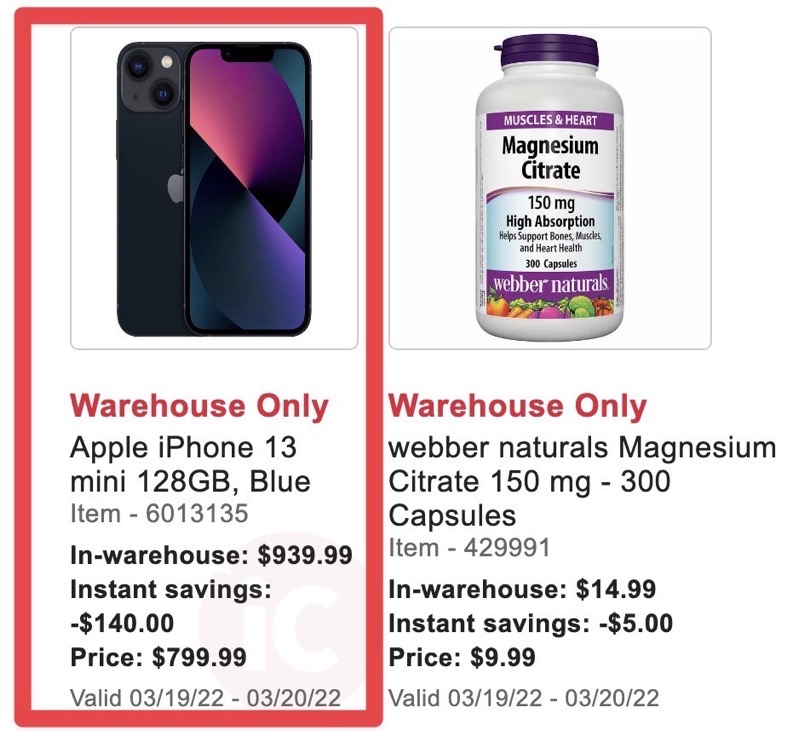 Apple’s current iPhone 13 mini is currently on sale at Costco warehouses, for this Saturday and Sunday only.

According to an email iPhone in Canada received from Costco on Saturday morning, the company details “hot buys” at the warehouse. Listed is the iPhone 13 mini 128GB (Blue) for $799.99, savings of $140 off its regular price of $939.99.

Apple.ca currently lists the same iPhone 13 mini for $949, so at $799.99, you’re saving about 19% off with the $149.01 discount. That’s pretty good considering this is the current iPhone 13 lineup and it’s available as an outright purchase. All you have to do is pop in an active SIM card.

The iPhone 13 mini comes with a 5.4-inch display and is powered by the latest A15 Bionic chip, supports 5G, has Face ID, a dual-camera rear setup, and includes 19 hours of battery life.

Recently, rumours have claimed Apple will be ditching the mini-sized smartphone when the iPhone 14 lineup is unveiled, expected for the fall. If you’ve been waiting to get an iPhone 13 mini, this might be the time to do it, before it’s potentially gone for good.