Get a Free Teen Burger from the A&W Mobile App

Fast-food chain A&W is offering up a free Teen Burger for those placing mobile orders with the company’s mobile app.

For iPhone users, all you have to do is download the A&W app, go through the pain of registering (requires adding a credit card), add a Teen Burger to your cart, then add coupon code Burger4Free. Your total should be $0.00 and your burger will be ready for mobile order pick up. 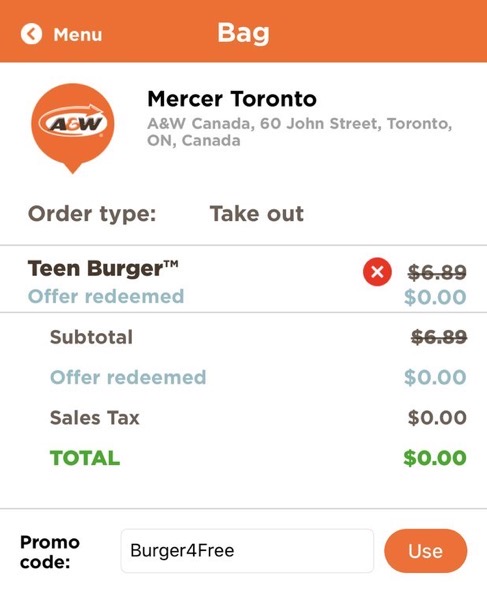 This offer is available at locations such as the A&W on 60 John Street in Toronto, Ontario. Other A&W locations across Canada participating in this promo should also offer up a free Teen Burger with the coupon code.

According to users over at RFD, this offer was previously available in Manitoba back in August, but is applicable again for residents there and others nationwide.

A&W launched mobile ordering back in April for BC, Alberta, Saskatchewan, Manitoba and the Maritimes. Ontario and Quebec were added in May and June of this year, after beta tests of the system in early 2018.

Amazon announced a bunch of new products for 2022 earlier this week, and now it has slashed the pricing on existing Echo, Fire TV devices and more, down to all-time lows. Check out the list of everything on sale below… Fire TV Devices: Up to 50% Off Fire TV Stick with Alexa Voice Remote – […]
IIC Deals
14 hours ago