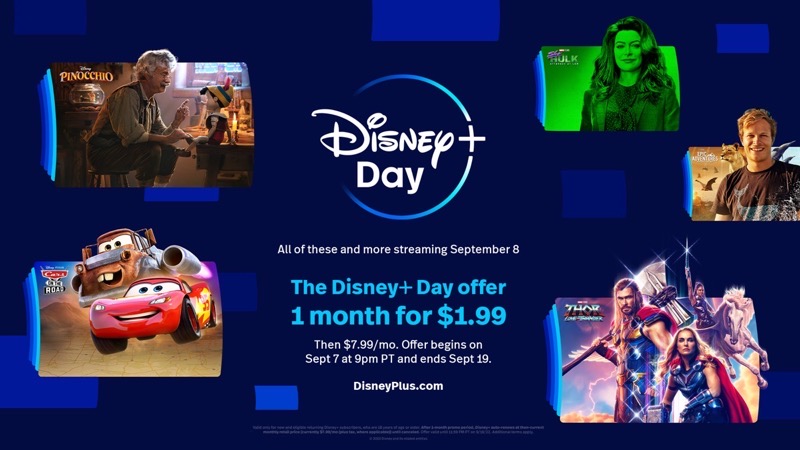 Now, the company is doing it all over again. On Wednesday, Disney announced numerous offers and perks for Disney+ Day, coming on Thursday, September 8, 2022. One of the deals back again is a 1-month subscription to Disney+ for $1.99 CAD, available starting tonight (Sept. 7) at 9pm PT/12am ET (Sept. 8), confirmed the company to iPhone in Canada.

The $1.99 CAD Disney+ deal is available for new and returning subscribers and is available from tonight at 9pm PT through Monday, September 19, 11:59pm PT. After your one month, the regular price of $11.99 CAD applies.

Disney+ Day on September 8 will include a variety of premieres on the streaming service and the $1.99 offer will surely land new and returning subscribers.

With the launch of Apple Watch Series 8, deals on the previous Series 7 are now available. Amazon Canada has cut the price of the Apple Watch Series 7 by $100 off for the smaller 41mm version, down to $429.99. This is for the Starlight aluminium case with Starlight Sport Band. The same price is […]
IIC Deals
7 days ago