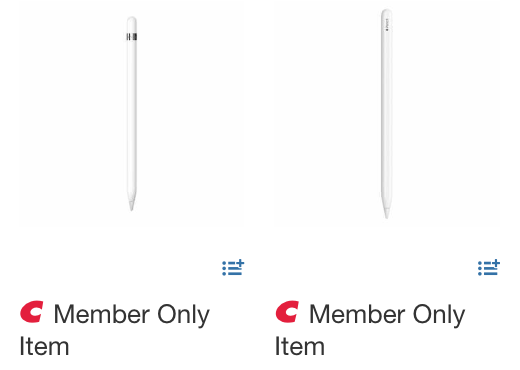 If you’re on the hunt for an Apple Pencil deal, head over to Costco online. Right now, if you combine the retailer’s $20 off $100+ coupon promotion, you can stack it on top an existing discount on Apple accessories.

The first-gen Apple Pencil at $98.99 is cheaper than a refurbished model by $10 and at this price may be the lowest we’ve seen.

If you’re thinking about jumping on the 10.2-inch and iPad mini sale over at The Source, these Apple Pencil deals may appeal to you.

If you’re looking for a Valentine’s Day gift idea, nothing screams “I love you” and “Casanova” like a home network upgrade to a Wi-Fi mesh system. Amazon Canada’s latest Valentine’s Day Deals have slashed their Eero wireless routers by up to 20% off. Check out the sales available right now for these eero wireless routers […]
IIC Deals
22 hours ago

Here are the latest Canadian cellphone plan and device deals, plus other promos from wireless carriers such as Rogers, Telus and Bell, from our partner PlanHub. As always, the promos may change at the last minute, but here they are as of Wednesday, February 1, 2023. Check them out below… Bell Noticeable price changes: Samsung Galaxy S23 […]
IIC Deals
23 hours ago