The Name Your Own Price Mac Bundle 4.0 has arrived and features 11 fantastic apps, headlined by SnagIt and Flux 4. This is $461 worth of Mac software that’s available for over the average price of $8.37 as of writing!

If you pay under the average price, you only get Camerabag 2, Chronicle 5, Folx Pro, and Elite Keylogger Pro. 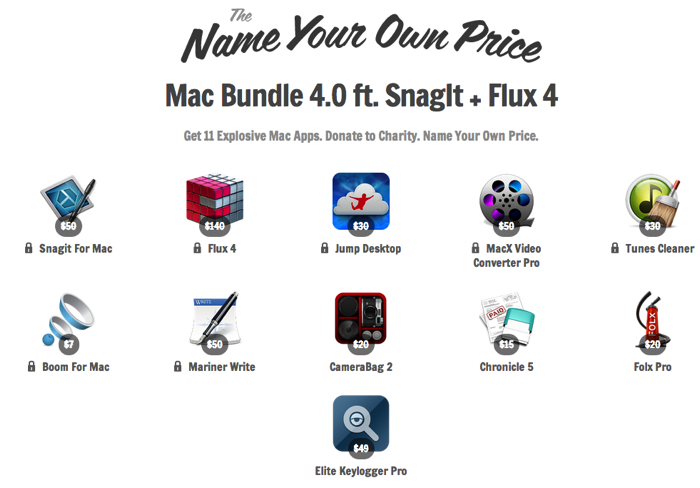 Not only do you get to pay what you want, but you also help donate to charity. If your donation makes the top leaderboard you’ll be entered into a draw for a brand new 11-inch MacBook Air (winner announced two weeks after the sale ends).

Watch the video below to learn more:

Click here to jump on the Name Your Own Price Mac Bundle 4.0, and get in before the average price jumps higher!

Amazon has announced it’s holding another shopping event for Prime members only, set to take place on October 11-12. The news confirms previous reports a second Prime Day-like event was coming this fall. The online retailer is calling the event the Prime Early Access Sale, a two-day global shopping event that’s only for Prime members. […]
Gary Ng
15 hours ago

Here are the latest Canadian cellphone plan and device deals, plus other promos from wireless carriers such as Rogers, Telus and Bell, from our partner PlanHub. As always, the promos may change at the last minute, but here they are as of Wednesday, September 21, 2022. Check them out below… Bell Noticeable price changes: Pre-order iPhone […]
IIC Deals
5 days ago