Save 15% Off Apple Watch with Discounted Sport Chek Gift Cards

If you were about to pick up an Apple Watch, you can save 15% off by putting in some work and buying Sport Chek gift cards on sale at Canadian Tire. 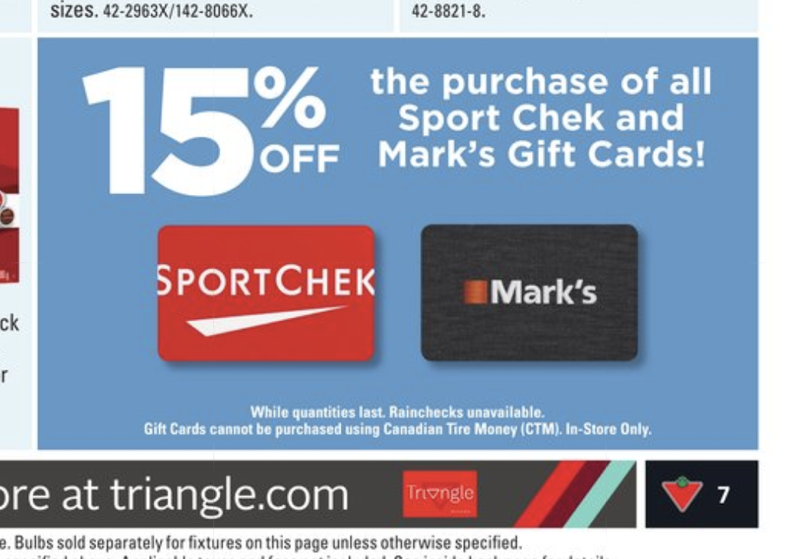 Once you’ve purchased enough gift cards to buy an Apple Watch, head over to Sport Chek and pay for your purchase with your discounted cards, saving you 15% off.

An even better deal is to wait until a bonus Canadian Tire Money event at Sport Chek, maximizing your savings, or waiting until a sale is available on Apple Watch. You can also combine a 10% off email newsletter coupon with your purchase to save even more.

SportChek.ca only allows you to redeem two gift cards maximum, so you’ll need to make these gift card purchases in store.

Sport Chek sells Apple Watch (from Series 1 to Series 4), Apple Watch bands, plus various Beats headphones including the new Powerbeats Pro. With the ECG app now available for Apple Watch Series 4 owners in Canada, this may be the time to pick one up.

Let us know if you’re going to be stocking up on some gift cards. We’ve seen larger 20% off discounts but those may not come until around Boxing Day.