With the public release of iOS 7 today, the massive demand has wreaked havoc for Apple’s servers. Users have been unable to activate their devices or even download updates, being told “Software Update Unavailable” or “Software Update Failed”. 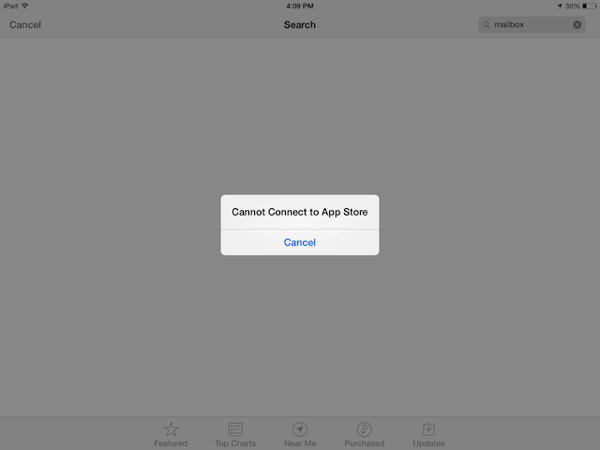 Now, a new problem has affected the App Store as lots of people have been unable to download updates or have them show up in the ‘Updates’ tab in the App Store. We suspect Apple has disabled push notifications of app updates to iOS devices to help allocate server resources for iOS 7 downloads and installs. It makes sense. App updates would be the least of their worries right now.

How to fix the issue of updates not showing up in the App Store under the ‘Updates’ tab on your iPhone, iPad or iPod touch? Easy. Just search for your app within the search field. Once it turns up in the results tap “OPEN”–the app will then start downloading the latest update (you might be prompted for your iTunes password) and install. Voila.

If that still doesn’t work for you, have some patience and let Apple work on addressing their servers, which are probably melting right about now. Let us know if this fix worked for you!