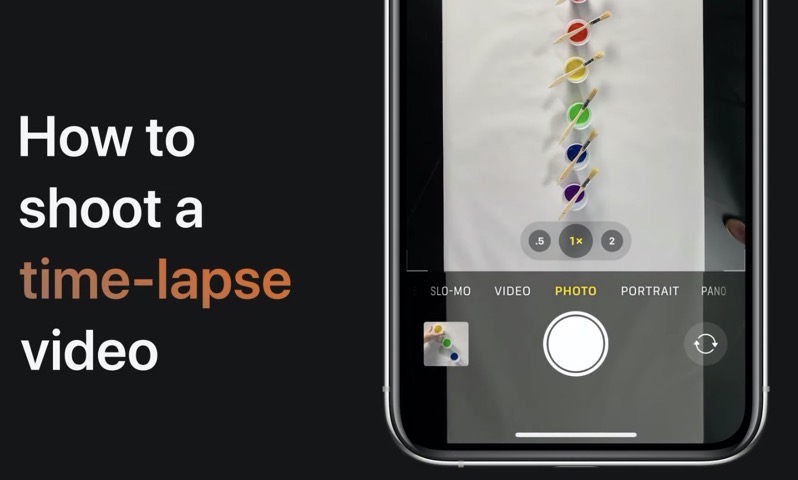 If you’ve never used the time-lapse video feature on your iPhone, iPad or iPod touch, Apple has shared a tutorial video detailing how to capture one.

Recording a time-lapse video is incredibly easy—just navigate to the mode via the Camera app—but there are some tips to optimize your recording. Apple suggests using a tripod, keeping your iOS device charged or using a fully-charged battery and also enabling Do Not Disturb to avoid vibrations (Airplane Mode may be a better option here).

Apple previously shared a similar tutorial on its main YouTube channel on how to film a time-lapse, from last year:

The time-lapse feature was added to the Camera app when iOS 8 debuted in 2014. Apple uses “dynamically selected intervals” to shoot your time-lapse and the end result, no matter how long you record for, is a video length of 20 to 40 seconds long.