Apple has just uploaded a new video tutorial, detailing how to edit Depth Control on your iPhone XS and iPhone XR. This video was uploaded to YouTube in portrait orientation, allowing for vertical fullscreen viewing experience (which we’ve never seen before). 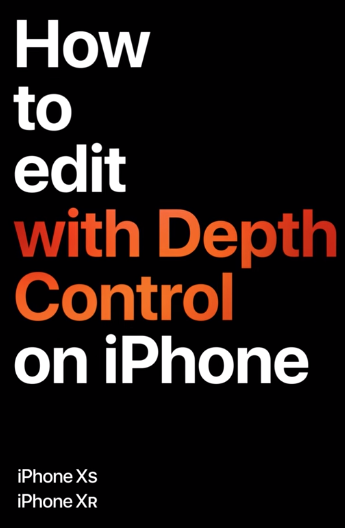 With Depth Control, users can edit the background blur (simple known as bokeh) on pictures taken with Portrait Mode, after the fact (iOS 12.1 also allows for real-time Depth Control):

Use the Depth Control in Portrait mode to add a more dramatic look to your next shot.