How to Enable Hidden Dark Mode in Facebook Messenger on iOS 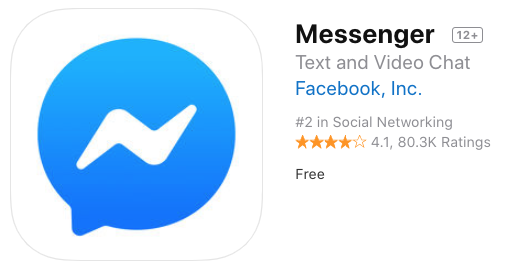 There’s an ‘Easter egg’ hidden within Facebook Messenger for iOS which allows you to get a dark mode, which turns the app’s white colours to black for easier messaging at night.

1. Send just the ‘moon’ emoji to anyone (or even yourself).
2. Tap on the moon emoji in the chat after you send it.
3. A pop up should appear saying you found dark mode.
4. Go to settings and you should see it here.

After you tap the moon emoji within your chat, a bunch of smiling moon emojis will rain down on your screen, then a message will appear saying “You Found Dark Mode!” and “your friends can also unlock it by sending the moon emoji.” There’s a shortcut to Messenger settings to toggle on dark mode. 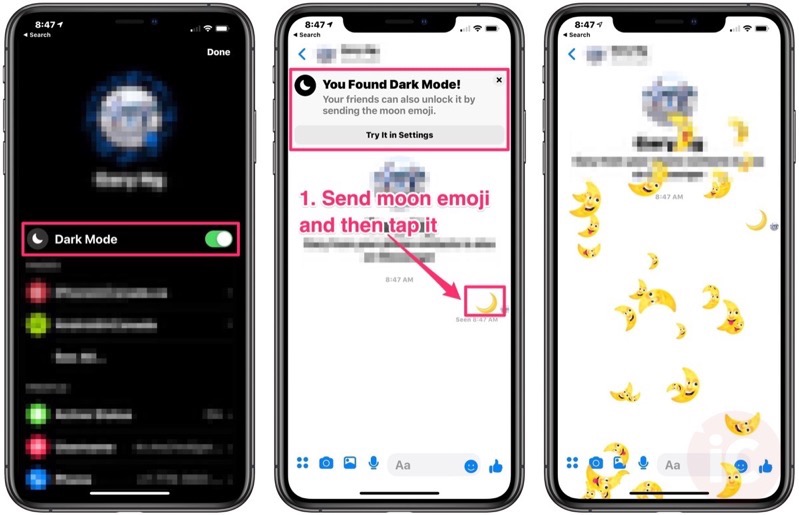 Apple is rumoured to bring system-wide dark mode within iOS 13 and will reportedly announce the feature at this year’s WWDC.