How to Fix BBM for iPhone Crashing in iOS 7.0.3

With today’s release of iOS 7.0.3, it has caused the most popular free app of the moment, your favourite, BBM for iOS, to crash when you try to send or receive a picture.

Once the app crashes, it will reopen but you won’t be able to chat with that particular user again. The app will crash again. You could try reinstalling the app but you don’t need to.

Here’s how to fix BBM for iOS Crashing on your iPhone in iOS 7.0.3

1. Launch BBM. Go to the ‘Chats’ view. Tap and hold on the crashing user until the right sidebar appears. 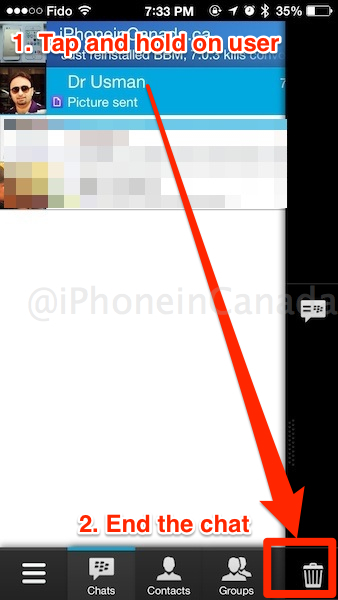 2. Tap the ‘trash can’ at the bottom to end the chat. Once this is done, start a new chat with that same user and you should be able to chat again.

This fix worked for us. Another fix was also to delete chat history, but force closing the chat window worked a few times in our tests.

Earlier today, BlackBerry announced BBM for iOS and Android had topped 10 million downloads in just 24 hours. Let us know if this fix works for you!

If you’ve just created a new iPhone backup using Apple’s iCloud, here’s how to transfer data to your new iPhone 14 or iPhone 14 Pro using iCloud. iCloud backups are easy to use as they allow iPhone customers to restore from a backup without the need for a Mac or PC. All you need is […]
Gary Ng
2 weeks ago