Here’s a quick tip on how to use Siri to open the Google Maps iOS app for directions to any place instead of Apple Maps. All you have to do is add the phrase “via transit” at the end of your request. So for example you might ask Siri the following:

“Give me directions to the Apple Store via transit“ 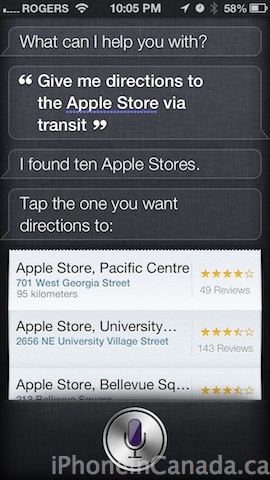 In Canada, this results in Siri opening up a list of locations via Yelp, where you will be prompted to tap the result you want. Then, a list of Routing Apps will pop up, where you can then tap Google Maps, which will then load up with instant directions to your destination (or any other app you have installed capable of transit directions, such as Waze): 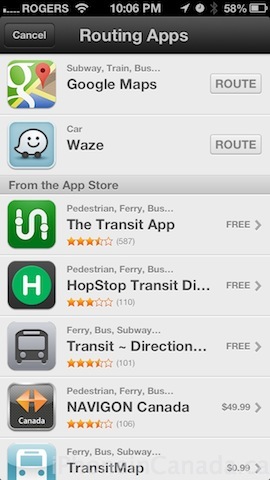 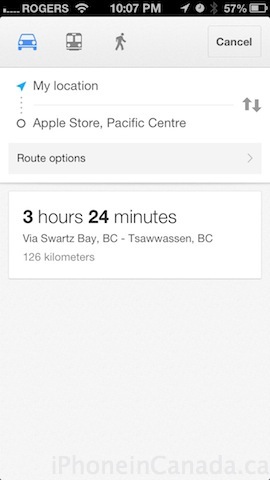 Yesterday, a jailbreak tweak called MapsOpener was released in Cydia to open any maps link with Google Maps for iOS. Let us know how this tip works for you!

[Jailbreak Nation via Cult of Mac]