Apple released Public Beta seeds of iOS 13 and iPadOS yesterday, allowing users outside of developers to test out the company’s beta software for the first time. Apple originally stated Public Betas would be available in July, but they came out ahead of schedule—bonus!

Before the Public Beta program was made available, the only way to get access to iOS and other betas was to pay the annual developer fee of $119 CAD per year. Public Betas are available for free, but of course, these early releases come with bugs so it’s best to test on your secondary iOS and Mac devices.

If you want to dive into the iOS 13 Public Beta and install on your iPhone to test out new features early, here are instructions on how to do it. The process is the same for installing iPadOS 13 Public Beta on your iPad. Before you do anything—backup your device in iTunes first, if you need to save any data.

Before we begin, double check to see if your device supports these betas…

The following iPhones will support iOS 13:

The following iPads will support iPadOS 13:

Step 1: Launch Safari on your iPhone or iPad and head over to Apple’s Beta Software Program website. Sign up if you haven’t already. Sign in if you’re already registered.

Step 2. Tap on the ‘Enroll Your Devices’ tab at the top. Scroll down to ‘Install Profile’ and tap ‘Download Profile’. A pop up will ask you if you want to install a configuration profile. Tap ‘Allow’. 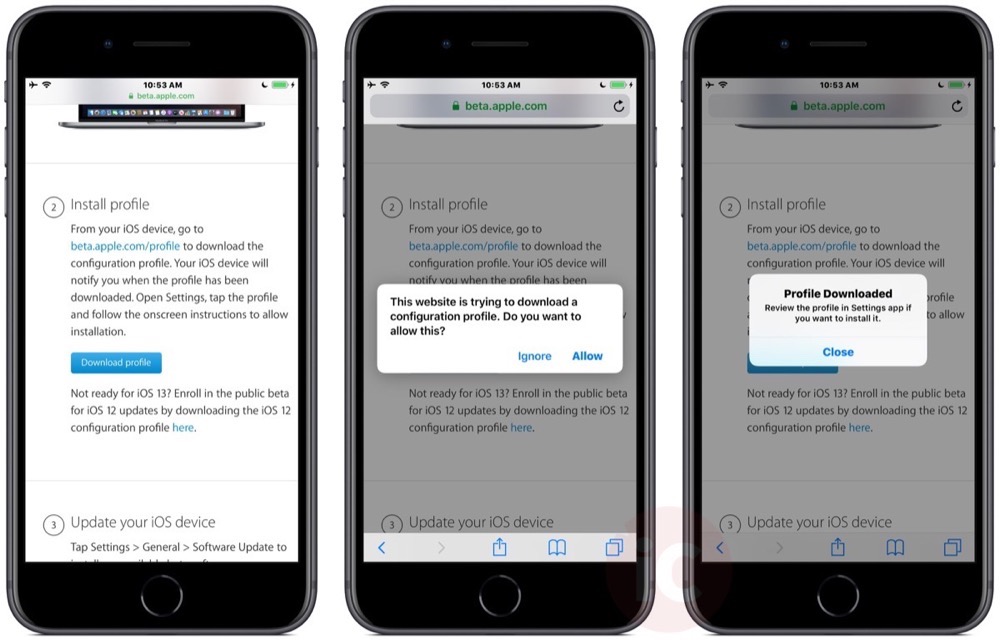 Step 3: On your iPhone or iPad, go to Settings > General > Profile, then tap the downloaded profile and tap ‘Install’: 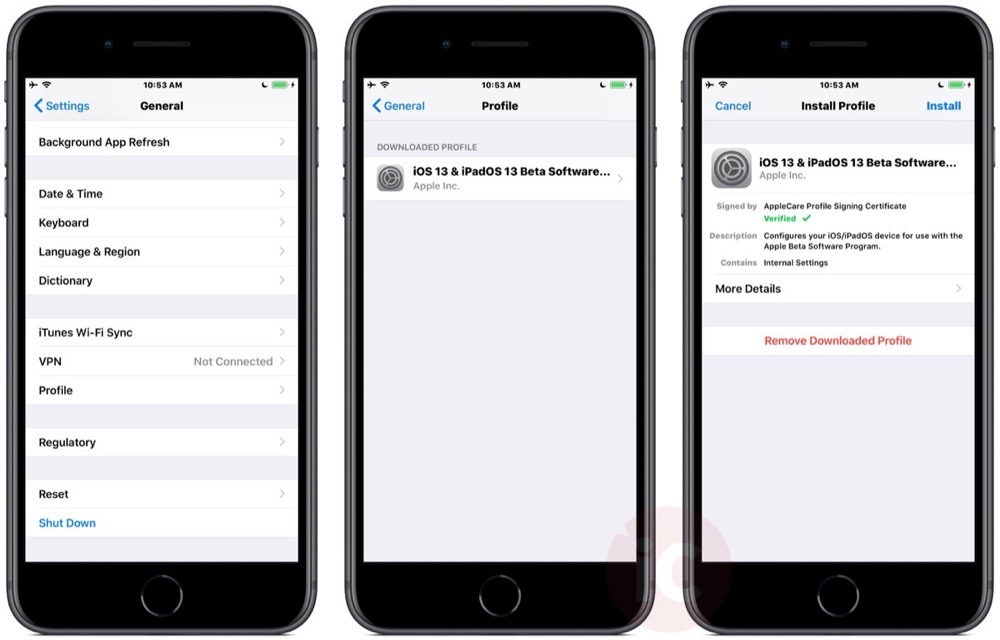 Step 4: Enter in your iPhone or iPad passcode. Agree to the legalese and tap ‘Install’. Then tap ‘Restart’ for your iPhone to apply the changes. 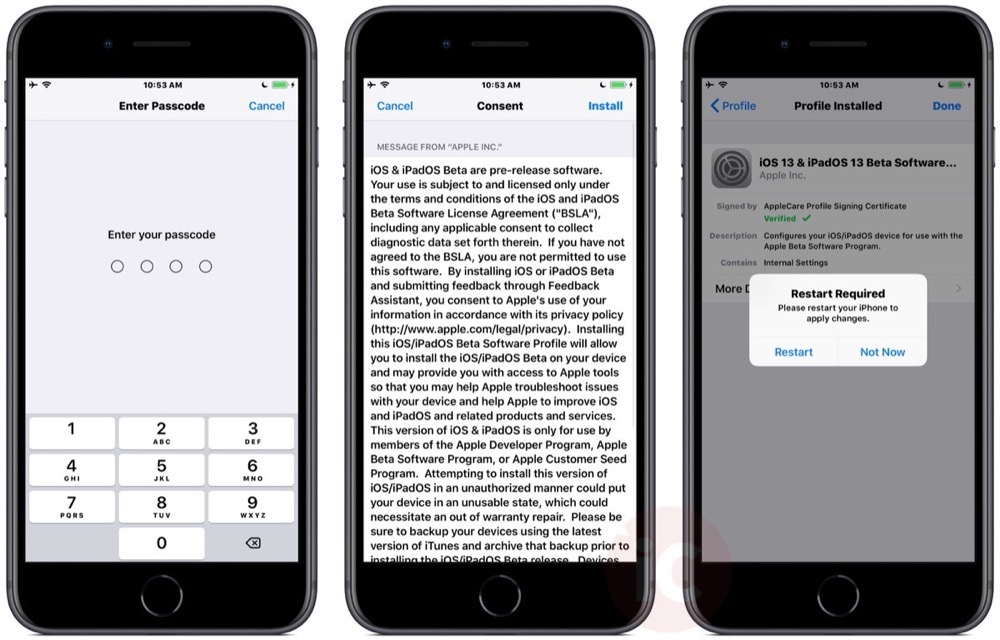 Step 5: After restarting your iPhone or iPad, head to Settings > General > Software Update and tap download. The update will download and once ready, tap ‘Install Now’. Enter your passcode and iOS 13 beta will show ‘verifying update…’ then proceed to install. 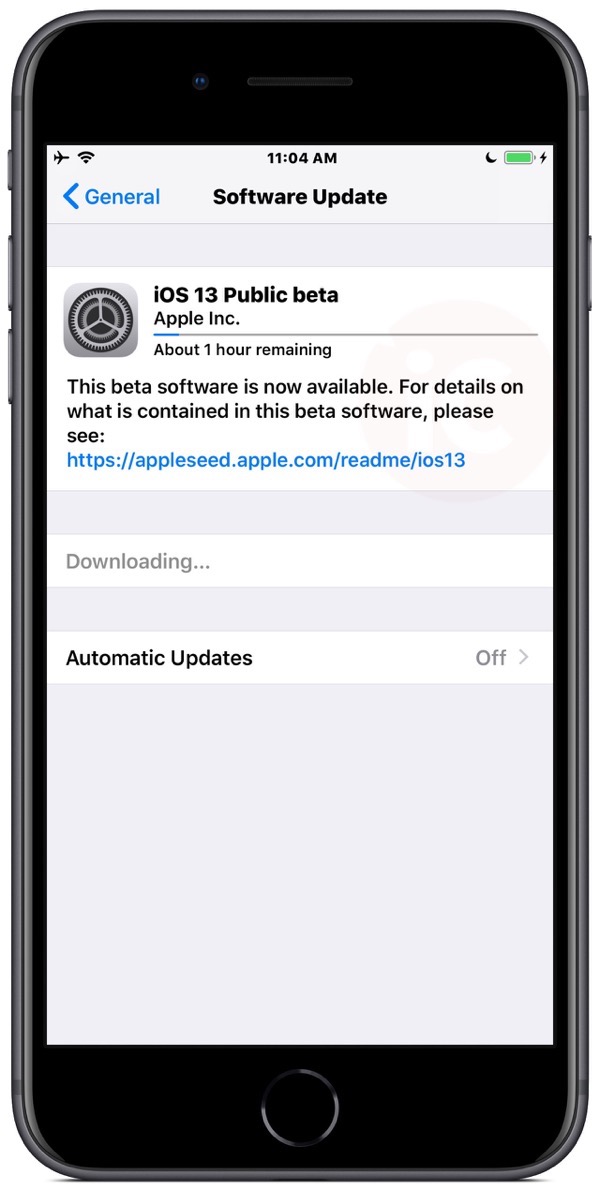 Once complete, iOS 13 should be installed on your iPhone or iPad. You can verify this by going to Settings > General > About and under Software Version, it should display iOS 13.0.

Future iOS 13 beta and iPadOS beta updates can now be installed over-the-air when they are released, which usually happens every couple of weeks.

Let us know if you’re using iOS 13 or iPadOS Public Beta right now. Remember, these are betas so expect them to be buggy…