How to: Save Vaccine QR Codes to Apple Health on iPhone with iOS 15 Live Text

When Apple released iOS 15 for download, the update included its new Live Text feature on iPhone and iPad, allowing the device’s camera to recognize and copy text (you know, the feature students can use to steal notes from classmates).

The Live Text feature can also scan QR codes, so if you only have an iPhone, you can use this to easily save your vaccination QR code to Apple’s Health app.

Here’s how to save a vaccine QR code to Apple Health with just your iPhone running iOS 15:

1. Log in and obtain your vaccination QR code from your province or territory. Save the QR code to your iPhone or take a screenshot and it’ll save to Photos.

2. Launch Photos and go to the saved QR code. Tap the Live Text icon in the bottom right, which will then turn blue.

3. Tap and hold on the QR code, then tap ‘Open in Health’ when the menu options appear. Follow the next steps to add the vaccine QR code to Health. 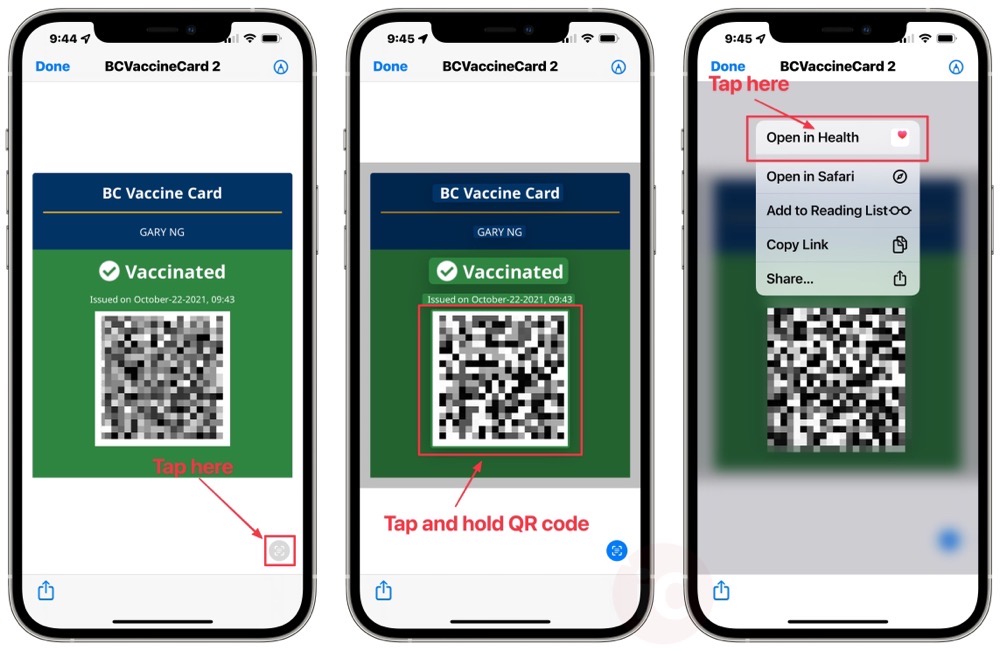 In order to add your vaccine QR code to the Wallet app on iPhone, you’ll need to wait for iOS 15.1, which is expected to be released the week of October 25, 2021.

Levering the Live Text feature in iOS 15 on iPhone and iPad means you don’t need a secondary device to display your QR code, then scan it with your iPhone’s camera. This could be one reason to update to iOS 15 if you haven’t already.

Apple has shared a handy video on its YouTube support channel, explaining how you can add video effects when using Continuity Camera with iPhone on a Mac. If you’re using Continuity Camera with a virtual conference app or FaceTime on your Mac, you can add these video effects from Control Center while you chat. Center Stage...
Usman Qureshi
7 days ago