If you’re still part of Netflix Canada’s 1 million subscribers, you probably know by now it’s not easy keeping track of new releases. Although the library continues to get ‘beefed’ up, at times it’s downright frustrating trying to figure out what’s new.

One of the easiest ways to track what’s new on Netflix Canada is to check out this helpful site–What’s New on Netflix (you can also follow them on twitter), if you aren’t already.

This by far the easiest way to track the latest new releases from Netflix Canada, as the information is provided via Netflix. You’ll get a cover, plus a short summary of the new release. Check it out! 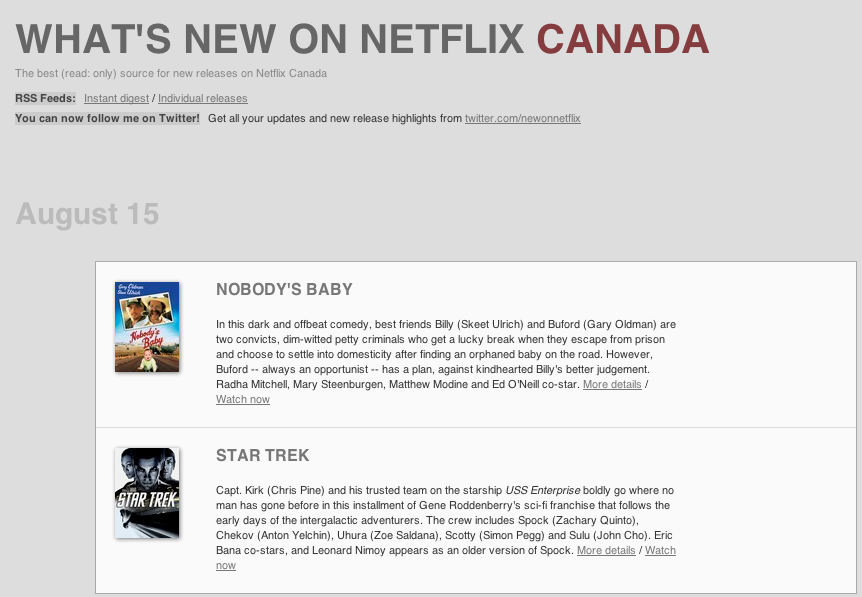