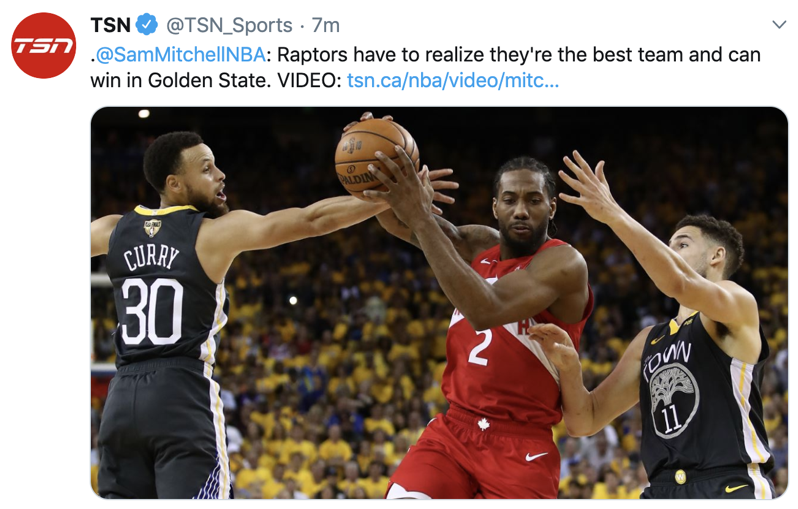 The Toronto Raptors are set to take on the Golden State Warriors in Game 6 of the 2019 NBA Finals on June 13th, with the Canadian team holding a 3-2 series lead.

Game 5 saw the Raptors fail to take advantage of a final possession to win the game and the championship. It also saw drama with Warriors star Kevin Durant rupturing his Achilles in his return.

Tomorrow night is yet another chance for the Raptors to make history by bringing the Larry O’Brien Trophy north of the 49th parallel, down in hostile territory in Oakland, California.

For Game 6 of the Raptors versus Warriors, you can stream it live through the TSN app and TSN Direct, the latter’s internet streaming offering.


How to Stream the Raptors vs. Warriors Game 6 in Canada

If you have an existing cable TV subscription with TSN, login to the TSN app with your cable TV credentials to stream the game.

If you don’t have cable TV, you can subscribe to TSN Direct and their Day Pass at $4.99, which offers five live feeds of TSN, including tonight’s Game 6 NBA Finals tilt at the Oracle Arena.

The Day Pass of TSN Direct can be streamed on computers, tablets, mobile devices, and Apple TV, with TSN Direct also available on Samsung SmartTV and Xbox One.