One of the main reasons people jailbreak their iPhones, is to get the ability to customize the iPhone OS with different themes that can be downloaded from Cydia or, if you have the capability, create yourself.

A “revolution” – ary new theme that was released a few weeks ago, by Justin Williams, in the Cydia Store, under the Big Boss repo, is PogoPlank. Basically, PogoPlank gives you the ability to categorize all your apps and games and have them accessible, via folders. The theme replaces all your pages of icons, with one screen, that has a “lazy susan” of folders. You just spin the wheel to get to the folder you need, tap the folder, and then you get a scrollable list of all the apps in that folder. 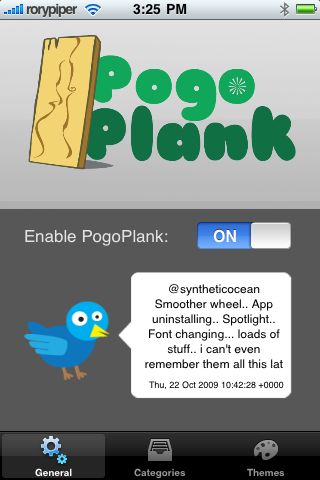 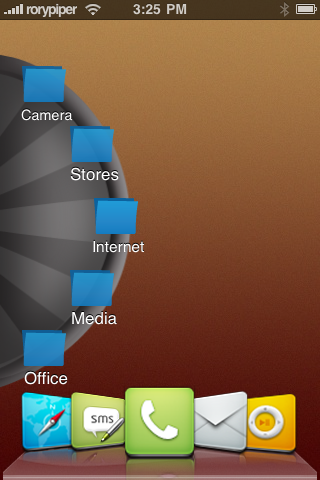 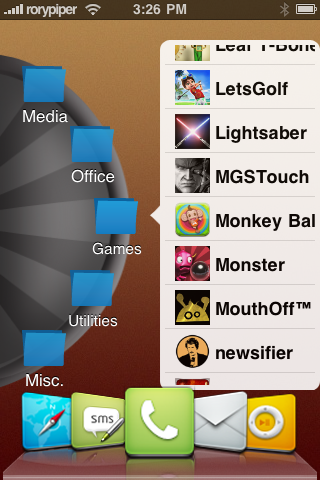 Unlike, “Categories”, PogoPlank doesn’t physically move your apps, but instead creates virtual folders. This makes it much easier to set up. In fact, it simply has an on/off switch, if you want to switch back to your normal home screen and pages. With, “Categories”, you would have to move all of your apps out of the folders before disabling or deleting it. Also, unlike other themes, there is no complicated process to set it up. You don’t need to add blank icons, or split the screen, or anything like that. Simply turn it on and re-spring.

Setting up your folders is easy, too. Just go to the settings page, within PogoPlank. Tap the Categories tab in the middle, on the bottom. You can use the built in folders, or create your own. To create your own, simply tap the “+” on the top right, type the name of the new folder, and tap done. Then tap the “Edit” button at the tap right, and tap the “+”. Now, just select all the apps you would like in that folder. Tap done and exit to your home screen. Your iPhone will re-spring and you will see your new folder on the wheel. 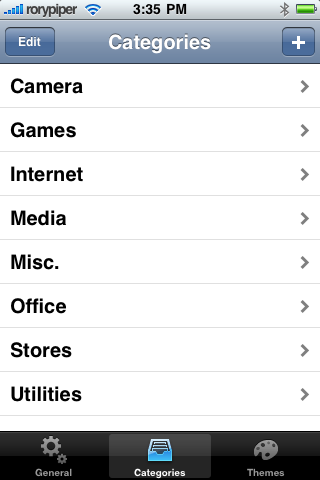 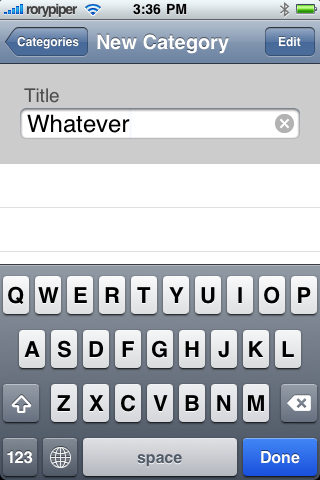 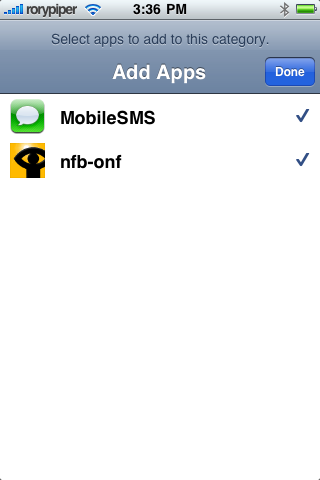 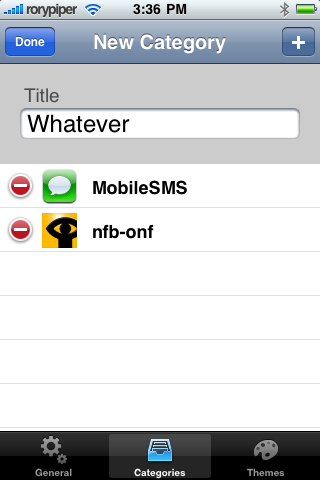 This is much more than a “theme”, as it completely replaces your UI, and is a nice change from looking at the giant sea of icons on your iPhone. Â It is also themeable with Winterboard, and there are already quite a few different PogoPlank Themes popping up in Cydia.You can adjust the appearence of PogoPlank, andapply the themes right in the PogoPlank app. 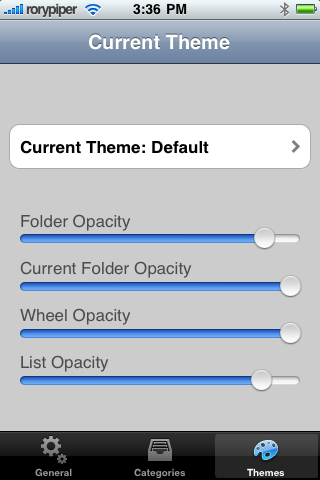 Here’s a video I made, of PogoPlank in action:

Thanks for reading this week. You can read more of my stuff over at Green Candy, and you can follow me on Twitter: @rorypiper.