Yesterday, Apple released iOS 5.1 for all supported iOS devices and as always, Dev Team folks have been quick enough to push an update to their popular jailbreak tool as well i.e Redsn0w 0.9.10b6. The latest Redsn0w brings iOS 5.1 jailbreak support for iPhone 3GS / iPhone 4, iPod touch 3G / iPod touch 4G and the original iPad. A5 devices i.e iPhone 4S and iPad 2 are currently not supported. For now, this is a tethered jailbreak meaning each re-start requires the jailbroken device to be plugged into a computer to allow booting into jailbroken state. 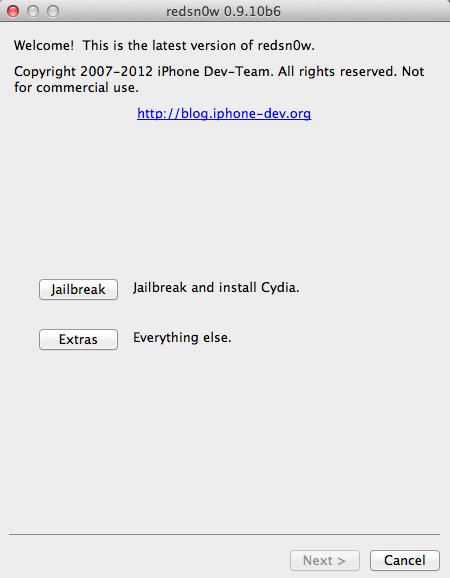 Once you read the above warnings and decide to proceed with an iOS 5.1 jailbreak, simply follow these steps:

** Don’t forget to backup up your iOS device before proceeding.

Install latest iTunes 10.6 on your Mac or PC.

Update your iOS device to iOS 5.1. You will find direct download links here.

Download the latest version of Redsn0w from the following official links:

Now start the latest Redsn0w, select Jailbreak and install Cydia. Then click on “Next” and follow the on-screen instructions to put your device into DFU mode.

Once the device is in DFU mode, the automated jailbreak process will begin. Once completed, your device will be tethered jailbroken on iOS 5.1.

On every restart or re-boot, your iOS device will require you to perform a “tethered boot”.  To do that, follow these steps:

Some iPhone 14 Pro and iPhone 14 Pro Max users are facing an issue where their phones become unresponsive after transferring data from an older iPhone — reports MacRumors. According to the publication, Apple said in an internal memo that it is "aware of this issue happening and is investigating." This issue is particularly prevalent...
Nehal Malik
7 days ago