A “Lite” Version Of Facebook Home Coming Soon To iOS 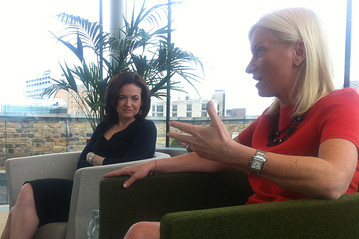 Yesterday, we reported that Facebook is currently in talks with Apple to bring ‘Facebook Home’ to the iPhone and today, Facebook Chief Operating Officer Sheryl Sandberg has spoken to the Wall Street Journal in London, revealing that the company will indeed bring some of the Facebook Home features to iOS. Those who aren’t aware, Facebook Home is a newly released app for Android, that puts feeds from the social network on the lock screen and home page of Android phones.

Sandberg said that Android wanted the company to provide a richer user experience than its rival iOS. However, the company will continue to develop for both, she added. Even though Facebook Home’s features will soon be available on iOS through a new Facebook app, it wouldn’t be the same experience as observed by Android users. “You cannot develop on Apple with the same openness as you can on Android”, said Facebook’s chief operating officer.

“It is true that Android is enabling us to provide a more immersive Facebook experience than we can on other operating systems.”

“Home is based on the openness of Android. It allows users to customize in ways that Apple does not. We are going to release a new version [of our mobile app] on iOS, very soon … You will see some of the features from Home will be launched with Apple.”