Apple has released iOS 6.1.2 for download and the notes indicate it fixes the Exchange calendar bug that has plagued numerous users, as it caused a decrease in battery life, with MacRumors noting its sources say the recent passcode bypass exploit has also been closed. If you’re a jailbreaker, you will probably want to stay away from this update. 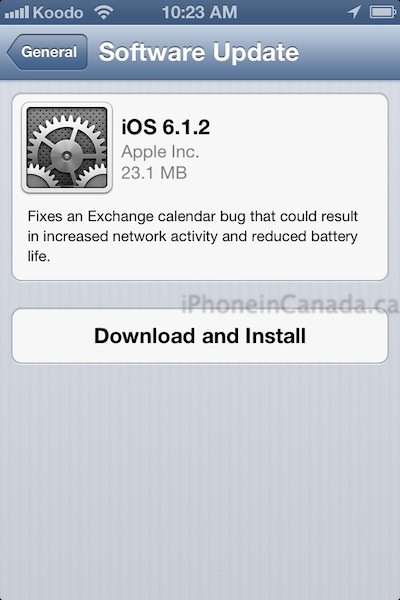 The update is available by going to Settings > General > Software Update or by plugging your iOS device into iTunes.

Update: iOS 6.1.2 does not fix the passcode exploit, as ArsTechnica’s Andrew Cunningham confirmed with us on Twitter he was still able to replicate the bug:

.@gary_ng Yeah, I can see my voicemail, contacts, some other stuff. Tricky bug to exploit but it’s definitely still there.