Today, Apple released iOS 7.1 beta 2 to registered developers, a month after the initial beta 1 version of iOS 7.1. The update isn’t available via OTA; it needs to be downloaded from Apple’s dev centre. iOS 7.1 beta 2 has a build number of 11D5115d. 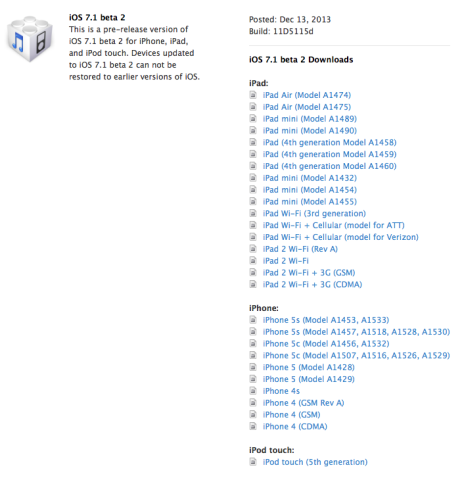 According to the iOS 7.1 beta 2 release notes, this version contains bug fixes. iOS 7.1 beta 1 contained a new dark keyboard option. We are digging into the latest release and will keep you posted. 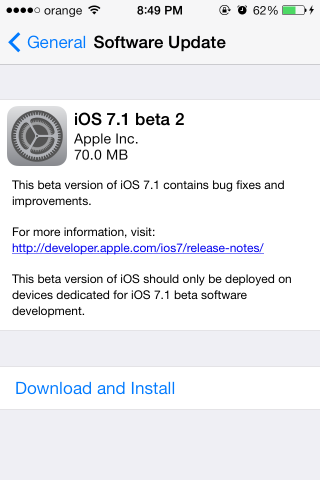