What’s up with dates and times in iOS? Back in 2011 New Year’s day alarms failed to go off causing users to miss their morning wake up calls. Today, reports are coming in Do Not Disturb mode fails to turn itself off, as first noted by MacRumors. 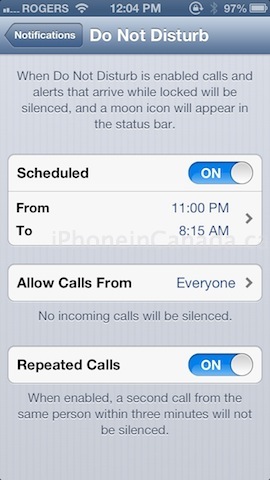 When Do Not Disturb mode is turned on, calls and alerts will be silenced (unless you allow permission for certain calls to come through). The mode should turn itself off if users have a scheduled start and end time. It appears today that wasn’t that case for some of our readers too:

Did you suffer from Do Not Disturb failing to turn itself off this morning?