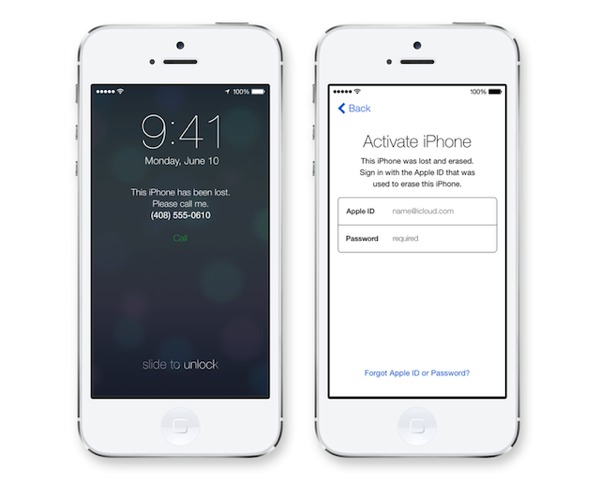 With iOS 7, Apple implemented a kill switch into its mobile operating system by introducing the Activation Lock feature, an antitheft technology that allows users to lock down an iPhone if stolen. Users can reactivate the phone only if they know the credentials of the original user.

“The introduction of kill switches has clearly had an effect on the conduct of smartphone thieves,” Mr. Schneiderman said in an interview. “If these can be canceled like the equivalent of canceling a credit card, these are going to be the equivalent of stealing a paperweight.”

Since iOS 7 launched last fall, there has been a noticeable drop in iPhone theft in the aforementioned areas, Schneiderman and Gascon tell the New York Times. Robberies involving iDevices dropped 19%, and those involving grand larcenies, 29% in the first five months of this year compared to the same period in 2013.

You may recall that Schneiderman and Gascon were the most vocal in demanding tech companies and smartphone manufacturers introduce a kill switch to fight smartphone theft.

The two had to face the harsh reality that the stolen phone databases had a limited effect in fighting smartphone theft, leading them to demand the kill switch. Apple was first to implement such a feature, with Activation Lock, followed by Samsung.

Of course, hackers will find a way to bypass Apple’s security measures, and more recently a Dutch-Moroccan hacker group have found a way to create a fake Apple iCloud activation server, which allows users to bypass Activation Lock.