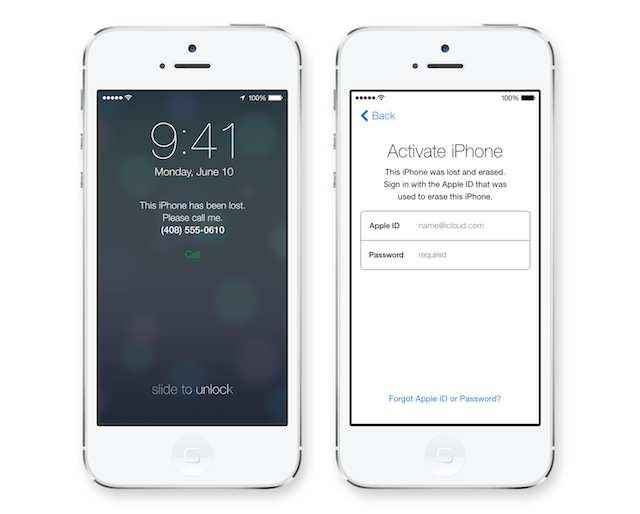 Activation Lock for iPhone is a brand new feature in iOS 7, which Apple introduced at the WWDC 2013 keynote earlier today. The feature works alongside Find My iPhone and makes it virtually impossible for iPhone thieves to re-activate it, once it has been reported stolen and remotely erased.

“We think this is going to be a really powerful theft deterrent.”

According to Apple, even after a remote erase, Find My iPhone can continue to display a message with your phone number on the Lock screen. If you get your iPhone back after you’ve already erased it, just enter your Apple ID and password to reactivate it. With Activation Lock, the only way to re-activate the iPhone is by using the same Apple ID that was used to erase it.

Looks like Apple has finally found the “kill switch” that law enforcement agencies have been looking for to prevent iPhone theft and resale, don’t you think?