About a year ago, Apple said that it would add more diversity to its emoji set and mentioned that it was working with the Unicode Consortium on this matter. Fast-forward to today, and the results are in.

When you launch iOS 8.3 beta 2 (or Yosemite), you’ll see a “neutral” (in our case, a classic yellow) emoji. However, when you tap or click and hold it, you will get five alternate skin-tone options, as adopted by the Unicode Consortium based on the Fitzpatrick scale for standard dermatological representation.

The update also brings 32 new country flags: Canada, Australia, and India are among them, in line with previous rumors. 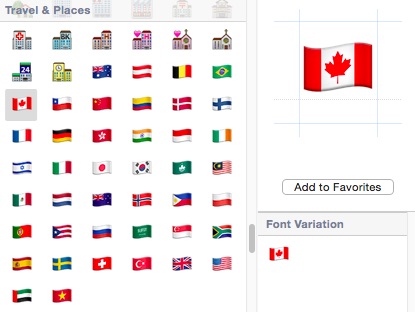 Since we are talking about beta software now, it’s possible that the final set of emojis — colour, style, and character — will undergo a change.