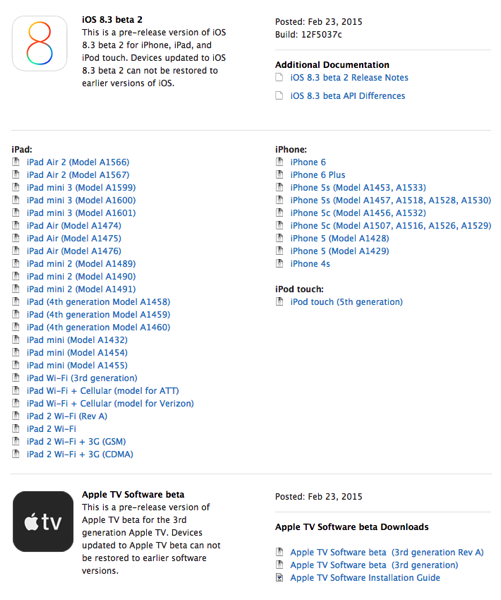 Interestingly, though, logging into Member Center will give you the option to choose from two betas: iOS 8.2 beta 5 with WatchKit or the iOS 8.3 beta 2 released today.