You know what’s greater than initiating and receiving calls on devices (iPad, Watch, or Mac) other than your iPhone even in situations when the handset is in another room? The ability to do so even if you have left your iPhone at home. That’s exactly what will happen if Apple has the right wireless partner, and in this case, it seems to be T-Mobile in the US (via The Verge).

You may recall that Apple introduced Continuity, one of the best features we have gotten accustomed to and love. What this means is that your OS X Yosemite and iOS devices can work together, and you can answer phone calls from your iPad or Mac if your iPhone and the aforementioned devices — signed in with the same Apple ID — are in the same network.

But it can be much better. As the latest screenshots from iOS 9 beta 1 reveal, Apple has taken this neat feature one step further. But it needs wireless carriers to play its game. With iOS 9, Apple aims to extend continuity through cellular networks.

This may sound like a minor change, but it is huge: imagine that you accidentally leave your iPhone at home, but you have your iPad or Mac in front of you. The best thing of all is that you can answer the call even so. 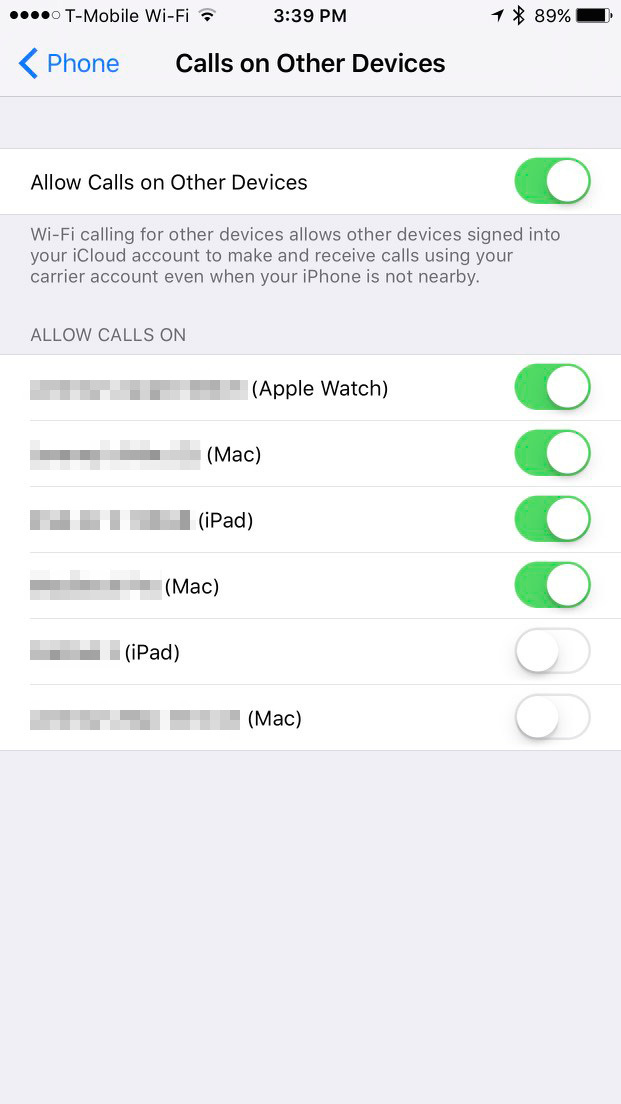 T-Mobile is the one and only carrier in the world to offer this neat feature (US-only), and it wants the world to know that. It is likely to see other carriers jumping on this opportunity Apple offers.

There is one “issue,” though: it seems like you need WiFi calling enabled in order to use this feature. In the US, only T-Mobile and Sprint offer WiFi calling. AT&T and Verizon confirmed plans to offer it but no public launch date yet. Sometime in 2015 is vague enough.

As for Canadians, the question remains wide open: will any of the incumbents support it on iOS? The only carrier saying that it will launch WiFi calling was Rogers (a spokesperson confirmed that last October), but it was careful enough not to give any launch estimate. So promises are good, but facts are better.