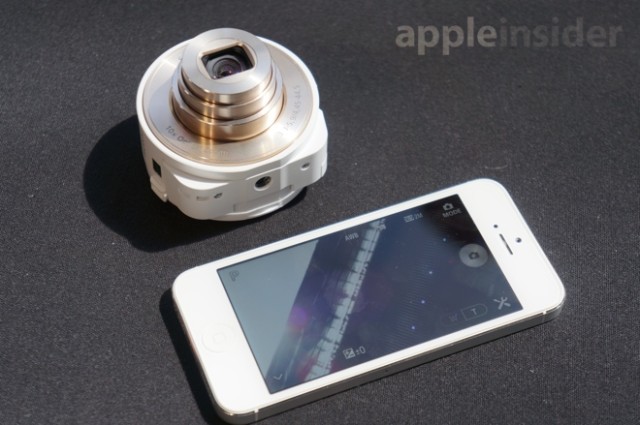 Sony officially unveiled today its new iPhone accessories, the QX10 and QX100 high-quality camera lenses. Both of them are available for pre-order today through Sony’s online store and will reach consumers later this month. After playing around with the accessories for a little while, here are the first impressions of AppleInsider’s Neil Hughes. 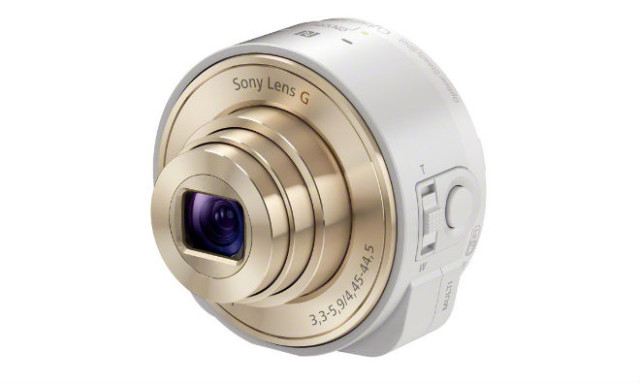 First of all, since they are wireless camera lenses without any controls, both accessories connect to the iPhone over peer-to-peer Wi-Fi, need Sony’s PlayMemories Mobile app (free in the App Store), and use the iPhone’s (or iPad’s) display as the viewfinder. Both of them feature a microSD card, an expandable, secure clip. The QX10 will be available in both black and white. The difference between the QX10 and QX100 is that the first one is the low-end version, while the other one is the high-end version. 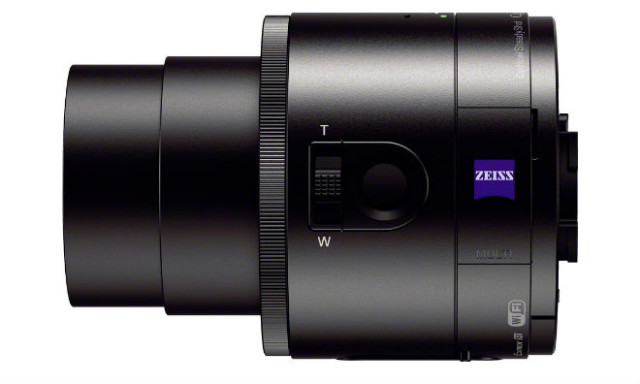 Here is what Neil writes about the lens:

Connecting the iPhone to a lens was relatively simple through Sony’s app. We did experience a few random disconnects, but this could have been due to the fact that numerous members of the press were on-hand attempting to connect their own smartphones to the devices.

The peer-to-peer Wi-Fi connection between the iPhone and QX10 allowed for minimal lag between devices when viewing the camera’s perspective live. We didn’t come away with the impression that the wireless connectivity would cause any issue when snapping pictures.

Sony has pitched the QX10 and QX100 as “game changing” accessories that will appeal to consumers who want high-end pictures, but are more comfortable snapping pictures on their smartphone. We tend to agree: The pure pocket-ability of these accessories makes them an appealing option for someone who wants to conveniently snap pictures on the go, but may not have the space to carry a DSLR or even a compact digital camera on them.

Sony says the above iPhone accessories are a game changer, but it remains to be seen whether their price and usability will indeed push the Sony-iPhoneography to stellar heights: QX10 will retail for $248, while the high-quality QX100 is priced at $498.

Let us know if you are going to jump on this one.